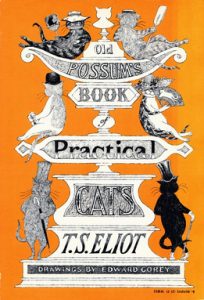 “The fact that a problem will certainly take a long time to solve, and that it will demand the attention of many minds for several generations, is no justification for postponing the study.”

So said T. S. Eliot way back in 1939. As it happens that was the same year he published a book of light verse titled Old Possum’s Book of Practical Cats. You probably know, or can guess, that the musical Cats was based on Eliot’s work. But the quote above had nothing to do with Mister Mistoffelees, Alonzo, or any of the other cats in Cats.

The quote was Eliot’s opening line in a series of three lectures he gave in England. Those lectures were collected into a book titled Christianity and Culture. It is a stimulating read, though the title may be a little misleading.

Eliot’s first lecture was The Idea of a Christian Society, and the second Notes towards the Definition of Culture. Thus, Christianity and Culture. The quote, however, is anything but misleading, and it is still true today.

Eliot mentions “a problem” in what was in fact the opening line of his first lecture. That problem has not been solved yet. Though he died in 1965, I’m sure Eliot is whispering from above, “See what I mean?”

And all of us reading this have been and are being impacted by that problem: society is losing its way.

Eliot lists several issues that point to that. He puts some of these under the label of Liberalism, but please do not think of that as a political term. He explicitly says it is not — it’s just a way of organizing society.

How this particular Liberalism manifests itself includes, he says:

He goes on to say that both this Liberalism and the alternative Conservatism “can be equally repellent. If the former means chaos, the latter can mean petrification.” He concludes by saying “…neither Liberalism nor Conservatism, which are not philosophies and may be merely habits, is enough to guide us.”

Lee Elder steps up to the tee 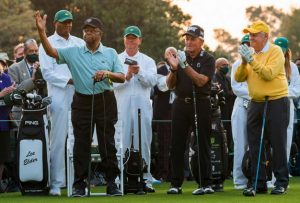 If you were going to tackle “the problem of society,” where would you begin?

A cursory look at history with that question in mind will reveal three “starting points.” People have lived by spiritual institutions of some kind, by political institutions, and by economic activities. In fact all three of those have been part of almost all societies. The question then is, which one is the basis, the foundation?

Take whatever umbrage you like with this, but I’ll say that no economic centric society has ever thrived for a long period. That’s part of the problem with socialism, which obviously is all about the economy. That leaves political institutions and spiritual institutions.

America is a combination of those two. Founder John Adams famously said, “Our Constitution was made only for a moral and religious people. It is wholly inadequate to the government of any other.”

And it has worked.

Yes, there have been failures along the way, and there will continue to be failures as we move forward. But we are moving forward.

Case in point: In 1975, Lee Elder, a professional golfer who was a black man, played in The Masters. He was the first black man to ever be invited to participate in that extraordinarily prestigious tournament.

More to the story

It was big news in the golf world, of course, and far beyond. Another color barrier had fallen. Elder, who died just a few days ago, said he received more than 100 death threats before arriving in Augusta, Georgia. “But after I got there, it was all cheers.”

After his first round he walked back to the clubhouse. Outside, waiting for him, was a line of black employees of Augusta National Golf Club. Waiters, cooks, caddies and others all stood and applauded. “I tell you, my heart was pounding so bad,” he recalled in an interview with Tod Leonard in 2015. “I was so appreciative. I cared so much about how they felt. I couldn’t talk to each and every one of them, but I tried to.”

And it wasn’t just the staff. As he played, Elder noticed there were a lot of black people in the crowd watching the tournament. Even then The Masters was one of the toughest tickets in sports. Elder wondered where they got the tickets, and he knew many had sacrificed financially to be part of that event.

Lee Elder would miss the cut in 1975, but he qualified for five more Masters. In April of this year he returned as an honorary starter, joining Jack Nicklaus and Gary Player. Later in 1975, by the way, a boy was born who would win The Masters five times: Tiger Woods.

“I couldn’t have done it without Lee.”

Tiger was interviewed this week for the first time since his near fatal single-car crash in February of this year. He is making progress! Naturally he was asked about Lee Elder. Woods acknowledged Elder’s contribution and said, “I couldn’t have done what I did without Lee.” 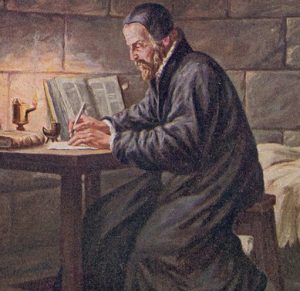 The truth is, we all have been the beneficiaries of Lee Elder and people like him. This very morning a scholar who knows the history of the Bible extraordinarily well said to a group of us, “I was in a Dollar Store and saw a stack of Bibles. You can buy a Bible for $1! That is amazing.”

Then he told us a little about William Tyndale, who was executed in England in 1536 for translating the Bible into English.

All of this is good. Eliot’s call to action. Lee Elder and The Masters breaking a color barrier. Tiger Woods acknowledging history. William Tyndale giving us the Bible in English. And it all took sacrifice and time.

Keep doing good, even if you don’t see results immediately. But be encouraged: we have made progress, and we will keep making progress. Sometimes clumsily, sometimes slowly, but with a strong moral foundation, good will prevail.