Imagine you are driving on a street with stop lights, and you have to make a left turn at one of them.

You arrive at the intersection, and just as you get into the left turn lane the light turns green. That’s good news — less time, less gasoline, get home early. 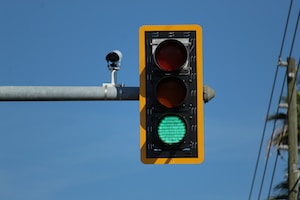 Then you notice that the car across the intersection, the one that should be going straight because the light is green, is not moving. You suspect the driver is on the phone, at best.

This is not good news — more time, more gasoline, etc. Should you just turn in front of that car? Honk your horn? Flash your lights?

Those responses, as you can easily see, are all about you. Or in this case me, because this actually happened to me today. And I was willing to think the worst because that driver was obviously at fault.

Unless the sun (and this happens a lot in Phoenix) made it hard for the driver to see the light change. Or any number of other completely understandable reasons for the hesitation.

But for a moment that was just another bad driver whose sole purpose was to inconvenience me. Did it even occur to me that there was an actual person driving that car? Not immediately, but it should have.

Life is a competition, apparently

Over the years I’ve competed in many things, and so have you. From sports to business, from dating to grades, from contests to personal challenges, I’ve competed.

Though I don’t think of myself as competitive, I may be wrong. A couple of months ago I was playing golf with my good friend and his good friend, who happens to be a Major League Baseball pitcher. On about the 10th hole that fellow said to me, “I love how competitive you are!”

He meant it as a compliment, but I was, as they say, taken aback. “What?” I said to myself. And I meant it.

But as I’ve thought about it, it isn’t the competitive me that is problematic, it is the selfish me. That me thinks getting my way is my right, by which I mean this: that other driver needed to do whatever worked best for me.

Do you ever think that way on the road or in a grocery store line? The truth is, society in general is becoming more and more inward facing. We care so much about ourselves that we don’t even see other people.

How is that plane in the air? 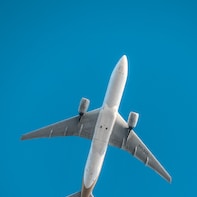 I did a very small, very unofficial survey on this. Almost everyone said they rarely thought of other cars as having drivers who were flesh-and-blood people.

Then I asked about airplanes. Do planes have people in them when they are in the air? All but one person said, no, it’s just an airplane.

My wife was the exception. She’s flown so much that when she sees a plane she imagines a crew of flight attendants and pilots and “sees” them working.

Part of the reason we don’t think of cars and planes as being populated is that we can’t see them. But even when we can — for instance when we are a passenger in the plane — we often don’t see them.

All of that spills over into other areas of life, as you might imagine. Other people, unless they are part of our circle, lose their humanity.

John Donne got it right

This past week former Senator Bob Dole died. He was 98, a World War II hero who was badly wounded, and a former candidate for President of the United States.

News of his death touched me, but not as much as it touched my friend who once worked for him. When David Davenport was a college student he interned for Mr. Dole and got to know him a bit. They stayed in touch over the years, corresponding occasionally. Because of that personal connection, David knew the man. I knew the public figure, and only from a distance.

I might read on the news of a tragedy in some country far away I’ve never visited. An earthquake, a tsunami, or even an act of violence. I may be moved by that, but I would be more moved by learning that my friend is ill, or that my home town had experienced a flood.

Part of what that means is that my circle is too small. John Donne (pronounced “dun”), got it right. In perhaps his most famous work, No Man Is An Island, he said this:

No man is an island, entire of itself;
every man is a piece of the continent, a part of the main.
If a clod be washed away by the sea, Europe is the less, as well as if a promontory were:
as well as if a manor of thy friend’s or of thine own were.
Any man’s death diminishes me, because I am involved in mankind.
And therefore never send to know for whom the bell tolls;
it tolls for thee.

“Any man’s death diminishes me, because I am involved in mankind.” Could I say that?

Christmas is coming. Get involved.

As we go through our days, whether we are looking up at a plane or driving on a busy road, we should not think we are alone. We should be aware of others. Like us they have joys and sorrows, good days and bad. They have family and friends. They are real people.

Christmas is a time of year when the world generally becomes a little kinder, a little more understanding, a little more forgiving. That’s the Christmas spirit. It comes from God sending his son to show his love for us. Amazing! So let’s keep that love going.

See the people, then do good. It’s in you.

Is the price ever right?