One of the many ill-effects of the pandemic is something called “decision fatigue.” 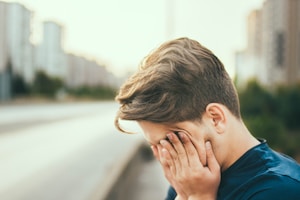 Tiny questions like that are ultimately unimportant, and we eventually figure that out, but they are tiring.

Decision fatigue is a real thing, and maybe you’ve experienced it yourself.

We have been faced with an inordinate number of decisions from the beginning of Covid. Should I wear a mask? Should I get vaccinated? Must I stay home or can I go out? Do I trust the government? The media? My children?

A friend told me recently that his 13-year-old granddaughter has decided on her own not to get vaccinated. Everyone else in her immediate family got “jabbed,” but not her.

If you were her parent, would you let her make her own decision?

Even letting her make the decision is a decision, and some of those parenting calls are very hard indeed.

Think for just a moment about the plethora of decisions we face today. In early 2020 the estimate for adults in America was 35,000 each day. Like the year, that number has gone up. 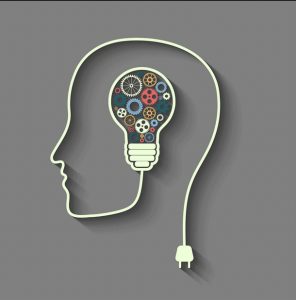 And in a way that leads to one more decision: How do I deal with all of it?

There are a number of things that can help in decision making, including this tip: Understand that almost any decision you make can be undone and changed.

Some are harder to change than others, and some cost more to change, but most decisions are far from permanent.

When I say “cost more,” I mean that in terms of both money and time. On occasion, changing a decision can cost you in terms of relationships.

Which brings us to the heart of this little article: How you decide. Knowing that, at least for me, is very helpful in the decision making process.

Would you have been a Nazi?

If you currently are a Nazi, the answer is obvious. But if you aren’t, and you had lived in Germany in the 1930’s, would you have been?

That’s a great question. The answer may come down to a kind of logic you are not aware of. It’s called “the logic of appropriateness,” named that in a classic research paper in 2004. Here’s an example.

I asked several friends why they had decided to get a Covid booster shot. The predominant answer: it seemed like the right thing to do.

Others had decided not to get the booster. Why not? Waiting seemed like the right thing to do.

People apparently have different ideas about what is appropriate. 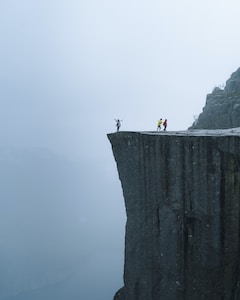 The other logic we use is well known to us all and is called “the logic of consequences.” We weigh the risks, project the consequences, and make a decision.

In many cases, the logic of appropriateness overwhelms the logic of consequences. Once upon a time it was appropriate to “dress up” for all kinds of things. Church. Dining at a fancy restaurant. Weddings. Funerals.

It might have been uncomfortable to wear dress up clothes, but it was appropriate. Along the way attire became more and more casual in more and more places. From my perspective, it has become too casual.

One judge seemed to agree. I was there when he noticed some young men wearing baseball caps in his courtroom. He addressed them directly. “You will remove your head coverings or you will be removed from the room.”

Many who claim political correctness will be happy to tell you what is appropriate and what isn’t. (For many of those the judge would have been out of order.)

Fortunately I don’t need a list. I still remember my mom asking, “If everyone else jumped off a cliff, would you jump too?”

When it come to “cliff jumping” decisions we want to know, “What is a person like me supposed to do in a situation like this?”

But look at that “person like me” phrase carefully. It doesn’t always mean people of my race or neighborhood or age or social standing. Those are externals.

It can and should mean a person with my morals and my values. We should look inside, not outside. But know that those who judge you harshly will always assume your actions can be explained by what they can see of you on the outside.

Don’t let them be right.

First, we should probably not be so hard on people who make a different decision than our own. God loves you whether or not you got a Covid shot. He doesn’t love those who got a booster shot more than those who didn’t. 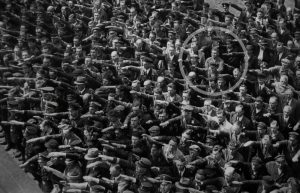 And just maybe we should not be so hard on ourselves for poor decisions we’ve made, because we’ve made them.

For sure we should all now be aware of how we make decisions. We should also consider just how much we are our own person, and how conformist we are.

We need to be able to tell the difference.

More importantly, we need to have a standard we can apply to almost any circumstance and decision, especially big decisions.

If you don’t have a standard like that, you are fair game for salespeople and dictators alike.

I’ll write more about standards next week, but for now, here’s an easy one:

Encouragement In A Grocery Store Hallway