Words mean things. When they are combined in particular ways, the meaning can be expanded, made more clear, or made more confusing. 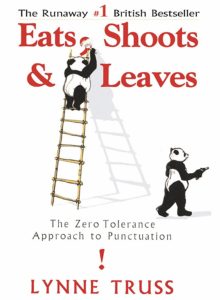 Punctuation makes a difference as well. That was famously illustrated in the book Eats, Shoots & Leaves. On the cover are two panda bears. One is on a ladder and is painting over the comma after “Eats,” the other is walking away carrying a gun.

The same is true in the substitution of words. “You’re hired” is dramatically different than “You’re fired.”

It is important, then, to be careful about choosing the right words, using the correct punctuation, and putting them in the right order.

A company called what3words, started in 2013, can give you a precise location for any 3 meter square in the world using three words in a particular order. Let me explain. 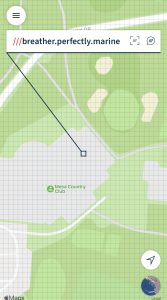 If I sent you a text that said “meet me at Mesa Country Club at noon on Wednesday,” you’d have a specific time but not a specific location. The club covers about 120 acres, and there are several buildings where I might be.

Even if I specified “the clubhouse,” I might be in the locker room, the grill, or the restaurant. But if I texted “meet me at breather.perfectly.marine,” you could use the what3words app and find my exact location. Or at least within 3 square meters of my exact location.

Mostly what3words is useful, but isn’t it amazing that three words could save your life some day?

There are 57 trillion of those 3 meter squares on the planet. Every square has its own permanent three words in an exact order.

It’s fun to go on what3words and look up places or phrases.

My hometown is Gilbert, Arizona, and it comes up as logo.chefs.deployed. That’s a definite fit, at least with chefs deployed. New restaurants keep opening up here, and it’s a great place to live if you enjoy eating out.

The U.S. Capitol building, where Congress meets, comes up as gosh.casual.stale. Gosh!

Next I tried some phrases. Sadly, do.good.you was not to be found. Apparently one and two letter words are not used.

I did find, though, critical.race.theory. 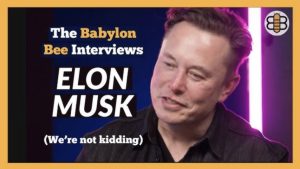 Recently I watched an interview of Elon Musk on the Babylon Bee. Near the end they asked him, as they ask every guest, “Have you ever been punched in the face or punched someone else in the face?”

After a pause he responded in the affirmative. He said he had been punched in the face many times.

The place where he grew up, he explained, was inherently dangerous. In fact he had been beaten almost to death. And then he named a benefit from the experience of it all. “Once you have been punched in the face like that, words really don’t hurt.”

But of course words can hurt. We’ve all been hurt in our spirit by words, and that’s what we think of when we talk about words hurting us. We are hurt emotionally by words all the time.

We’ve already noted that we can be hurt personally by words. But we can also be hurt in other ways. Words can hold us back as a society. They can hurt us financially, socially, and culturally.

In fact those are some of the ways “critical race theory” hurts many people. It is an ideology that claims to bring healing but intentionally causes division. It claims to bring the truth of American history to the forefront, but it only cares about part of the truth.

As I learned many years ago, a half-truth is a whole lie.

Black lives matter is another three word phrase that has been used to hurt. I read recently of a highly respected nurse who lost her job because of it. Not that she disagreed with the straightforward meaning of the phrase — in fact she agreed. But she went on to add that all lives matter. Someone found that offensive enough to raise a fuss and the nurse lost her position. 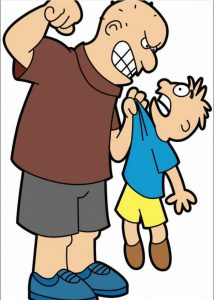 While I’ve made it clear that bullying is not OK, and that I strongly disagree with the agenda of critical theory (the word race was apparently getting in their way), I do get it.

Slavery was a dominant factor in American history. It was the cause of the Civil War, and there are still pockets of racism in America. I have seen it in person, and I hate it.

But the racism promoted by critical theory and BLM is not the answer. The Golden Rule (another three word phrase) is a great start to the answer.

For all of its bad, Covid has shown us that we are all human, all vulnerable, and that none of us are God.

Here’s hoping we can apply those lessons to the three word phrases we use, and that we use the good ones much more often. Start with “I love you,” even for your enemies. Those are three words that heal.

Do good. It really is in you.