America is one of the best known, most loved countries in the world.

It may be true that some Hollywood celebrities don’t love America, but I don’t see them moving to Venezuela or France.

Could it be that their protestations are shallow and selfish? Yes, it could.

Likewise it could be that some who claim to love America are shallow in their love for America. It is always hard to say until something happens.

Here is who does love America: thousands of men and women who are doing all they can to live in America. They join the millions who have moved here over the years, both legally and illegally. They love and want to live in the land of freedom and opportunity.

Those who moved here legally and have become citizens of the United States have done something many native Americans today could not do. They passed a citizenship test.

We don’t teach civics in public schools these days, a fact I find problematic. So I’m not surprised by high school age kids engaging in a hunger strike to support voting rights. I doubt that they know what they are supporting, it just sounds good.

Knowing all of us could probably use a little civics education, I’ve put together some information about America those kids and all of us might find interesting. Here you go.

1. America is not a democracy, it’s a republic.

Anyone who has ever recited The Pledge Allegiance might know this. But I’m guessing some in high school and college today have never said The Pledge of Allegiance. It goes like this. 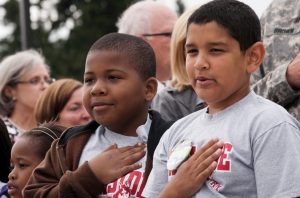 I pledge allegiance to the flag of the United States of America, and to the republic for which it stands. One nation, under God, indivisible, with liberty and justice for all.

We could use this entire post talking about the similarities and differences between democracies and republics. Instead I’ll give you a few highlights and a link to a longer explanation.

By the way, have you noticed that the two major political parties in the US today are Democrats and Republicans?

In a democracy, the majority rules. A vote of 51% decides the matter. Minorities are unprotected in a pure democracy, which the founders of America understood and rejected.

Even a “representative democracy,” in which the voters elect representatives, is majority rule. That is of course a serious problem. Individuals and minority groups still get run over by the mob.

Another problem with democracies is that they do not last. In 1814 John Adams wrote: “Remember, democracy never lasts long. It soon wastes, exhausts, and murders itself. There never was a democracy yet that did not commit suicide.”

Many who are in favor of voting rights today are actually trying to create a democracy — a majority rule — in America. The founding fathers knew better and created a constitutional republic.

Here’s a link to a pdf from Phoenix schools (I’m sorry I do not know the author) that gives an excellent and cautionary description of both democracy and republic.

2. The separation of church and state was for the benefit of the church. 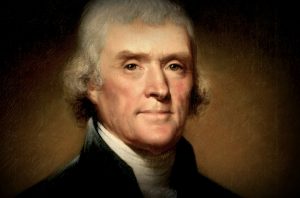 This is another brilliant idea that came through the founding fathers, partially by way of the Enlightenment.

Legally this is the establishment clause and is found in the First Amendment, which begins: Congress shall make no law respecting an establishment of religion, or prohibiting the free exercise thereof;

(Trivia moment: people who favored no establishment of religion were called disestablishmentarians. Those opposed practiced antidisestablishmentarianism. When I was in high school I had no idea what that meant, but I knew at 28 letters it was one of the longest words in the dictionary. Weird, I know.)

The phrase separation of church and state is nowhere to be found in the constitution. It came into the popular dialogue years later based on a private letter written by Thomas Jefferson.

In 1802, writing to the Danbury Baptist Association, Jefferson said:

Believing with you that religion is a matter which lies solely between Man & his God, that he owes account to none other for his faith or his worship, that the legitimate powers of government reach actions only, & not opinions, I contemplate with sovereign reverence that act of the whole American people which declared that their legislature should ‘make no law respecting an establishment of religion, or prohibiting the free exercise thereof,’ thus building a wall of separation between Church and State.

3. America has a birth certificate.

The United States part of our country’s name is something most of us understand, but what about America?

According to the Library of Congress:

America is named after Amerigo Vespucci, the Italian explorer who set forth the then revolutionary concept that the lands that Christopher Columbus sailed to in 1492 were part of a separate continent. A map created in 1507 by Martin Waldseemüller was the first to depict this new continent with the name “America,” a Latinized version of “Amerigo.”

Acquired in 2003, the map named above is also known as “America’s Birth Certificate.” 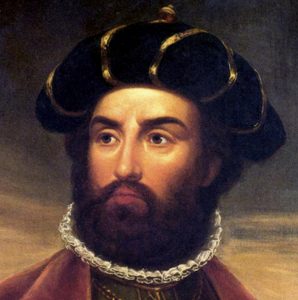 Of course America here refers to what we now know as North America, Central America and South America. But the United States of America is the only country in the world with America as part of its name. The world knows that to be American is to be part of the USA.

You will not be surprised to learn that some dispute the Vespucci connection and posit alternate explanations. Freedom of speech is one of the rights we all enjoy in America, so they are more than welcome to do so.

The name United States of America was given to the world in the Declaration of Independence. If you haven’t read it in a while (or ever), here is a great source for it.

While a few people protest the origin of the name America, others have questioned the name “United States.” It is true that there is a great deal of political division in America, but we are still one country.

How can we make it better? I have some thoughts on that.

In the meantime keep learning about America. And do good… it’s in you!