This past weekend the Kansas City Chiefs got the ball with just 32 seconds left in the game and scored to send it into overtime. 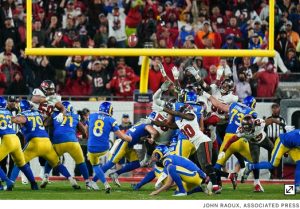 The Los Angeles Rams had been tied by the Tampa Bay Buccaneers, and with just seconds to go in regulation they completed a long pass, got the clock stopped, and kicked a game-winning field goal.

Here’s the question: What made it a good job? What do we mean by the phrase?

In this context we probably mean the people involved did their job well. We might say, “Well done” instead of “Good job.”

Or we might be saying that the actual job — being an NFL player — is a good job. And it undoubtedly is.

What about your job? Do you do it well enough to get a “Good job” from observers? Do people consider what you do admirable? Is it a good job in the sense that it’s useful?

A few days ago I witnessed another “good job,” and it was so good I’ve told a dozen people about it. Now I’m telling hundreds more. 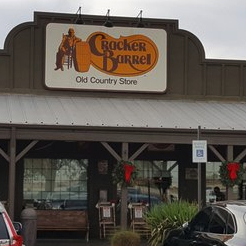 My wife and I went to a Cracker Barrel restaurant for dinner. It was just the atmosphere we wanted. Casual, familiar, comfort food, etc.

Our server’s name was Carrie, and she was a veteran. At Cracker Barrel they get a star on their apron for every level they achieve. Four stars is the most for each position, and she had three.

I was drinking coffee, and Carrie came by and asked if I wanted a refill. I did. In just a minute she was back with the pot and filled my cup. I said, “Thanks.”

And she said, in a happy, clear, confident voice, “Heck yeah!”

In its element, that was a game winning field goal.

Her response was so authentic, so genuine, so unexpected, that I wish you’d heard it. If I could have given Carrie a fourth star right then I would have.

Of course I thought of our friends at Chick-fil-A. They deliver excellent service, and when they respond to a thank you they say, “My pleasure.”

Mostly I think they mean it, but there was no question with Carrie.

Is it a good job?

Aside from the quality of the work, is the work itself good? How would you know?

In an essay titled Good Work and Good Works, C. S. Lewis writes that there are two sorts of job.

“”Of one sort, a man can truly say, “I am doing work which is worth doing. It would still be worth doing if nobody paid for it.”” Lewis knows that people do need to be paid because they need to be fed and housed and clothed.

“The other kind of job,” he goes on “is that in which people do work whose sole purpose is the earning of money; work which need not be, ought not to be or would not be, done by anyone in the whole world unless it were paid.”

He lists several of the many jobs that fit into the first category. Farmer, policeman, doctor, artist, teacher, etc. All of these are jobs that people often do without pay, or with little pay. Such jobs, he says, “need not be agreeable. Ministering to a leper settlement is one of them.”

As for the jobs whose sole value lies in the money it brings, he gives only two examples. Those are professional prostitution and professional advertising.

He does say, just so you know, that he does not equate those morally. So I’ll resist the temptation as well. But you get his point. 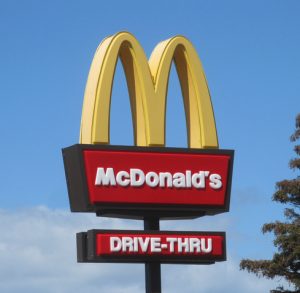 Fast food restaurants like McDonald’s, at least at some locations around Phoenix, are currently “drive through only.”

Their signs say it’s a labor shortage. Several restaurant owners I know have had similar challenges. And it isn’t just restaurants, it’s other businesses as well.

But why? What is causing the shortage? How can business owners turn it around?

Almost every one of them tries to solve this problem with money.

They reason that if they simply paid people more, the labor shortage would be solved. That is not unreasonable, but it’s wrong.

Yes, the pay rate is a factor. But it is not the primary factor by a long shot.

Some have supposed that the labor shortage was caused by people getting unemployment checks during Covid. The thought is that they were making more by not working, so they just didn’t go back. Once again that is not unreasonable, and is probably a factor.

But the real reason, I believe, is slightly different.

Covid was the issue, but not just the “free money” part. Faced with possible health risks, isolation from friends, and a huge disruption in routine, people became more reflective. Many of them figured out that they were only working for money, and they didn’t like it. 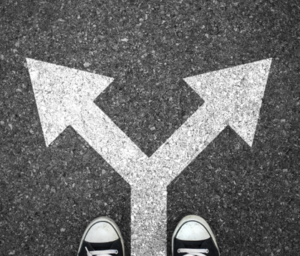 Why not? Isn’t money why we work? Not so much.

The primary thing people want from work is meaning.

In studies done by McKinsey & Company, it was discovered that 70% of people find their primary purpose at work. For millenials the percentage is even higher.

People who work at McDonald’s can find meaning there, but it generally doesn’t come with the job. That is also true for other companies.

In fact it is true for any job that is done only for money.

This area is one of the primary ways we at Do Good U help companies, so we know a lot about it. We don’t change the business of a company, but from leadership all the way through, we bring purpose to work.

From nonprofits to major corporations, we make a difference where it matters most: in the people.

In turn that makes a difference in deliverables, in productivity, and in the effectiveness of  leadership. And it makes a big difference in employee retention.

It is an amazingly effective process with a great impact. And the next time I get a “thank you” I’m going to smile and say, Heck yeah!