Before Do Good U was fully born, people would ask me, “What do you do?”

You may as well have asked me when I was a boy in short pants what I was going to do when I grew up. (The short pants would have been a clue, perhaps, because both tennis and golf figure greatly in my story.) 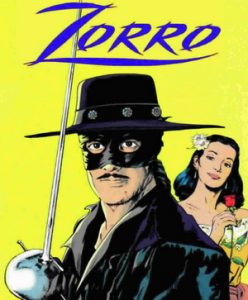 My point is that I did not know what I would do when I grew up. I thought it might be fun to be a hero, like Superman or Batman or The Lone Ranger or (one of my favorites) Zorro. But I had no real concept of a “career” or even a job.

Later on in high school it entered my thinking that I would be a professional golfer. I was a fan of Arnold Palmer, not just for his golf but for his personality. In fact I went to college with that idea vaguely in mind. When I told the admissions counselor that, I was assigned a course of study that included kinesiology.

And I still didn’t know what I wanted to do or would do. Like a lot of my classmates — and a lot of incoming college students today — I was searching. Or at least I was available if some sign fell from the sky that announced, complete with trumpet flourish, THIS is what you should do.

I had the idea for Do Good U a long time ago. I liked the name and I liked the idea of encouraging people to do good, and it seemed like all that would be worthwhile. Would it be — could it be — a business? My goal was not to start a business, so I didn’t really worry about that. I just wanted there to be more good in the world.

Fast forward to a time that is a bunch of years later and closer to now, and I knew it was time to start Do Good U.

The exact nature of what we would do still eluded me. But I did have a question!

When I would share the idea of Do Good U with friends, and they would ask the aforementioned “What do you do” query, I answered with my question.

“Do you think there is enough good in the world?”

So far not one single person has hesitated, calculated, or cogitated. They have all said, “No.”

Still avoiding answering their initial question (Clever, eh?) I would then ask, “So what are you doing about it?”

Of course I recognize that such a question might seem a little pointed. As if, in fact, I had just looked this very nice person straight in the eye while pointing the sword of Zorro straight into their tummy.

Before they could answer — because almost every answer would have been, “I’ve never thought about that,” — I would answer their original question: “We’re going to help companies bring more good into the world. At the same time we’ll make them better companies in three ways: Employee retention will go up. Productivity will go up. Customer loyalty will go up.”

Sometimes that ended the conversation, but not always.

Once in a while some good friend would push me a little more. “How will you do that?”

Touche! I never actually said that out loud, but I could have even if I wasn’t Zorro. Because I didn’t know exactly. Now I do.

Some careers are dreamed about from a young age and then realized. Others are stumbled upon, like a shiny dime on a sidewalk. In some cases the person in the career is dragged into it by circumstances, but it works.

In the case of Do Good U, all three of those paths were traveled before reaching the destination.

We start with an evaluation of a company. Maybe the company is already spreading good throughout their ranks. Maybe they are having a positive impact on their customers. But then again maybe not.

Our evaluation is electronic, anonymous, and revealing. One company we evaluated was not surprised to find some fairly strong loyalty among their employees. On the other hand they learned that a “too high” percentage of their staff was considering leaving.

We tailor our curriculum to the company based on a few criteria, including the survey results. But every company starts the learning process with a story. More on that next week.

Now that we have an answer for what we do, people ask this question: “What is good?” 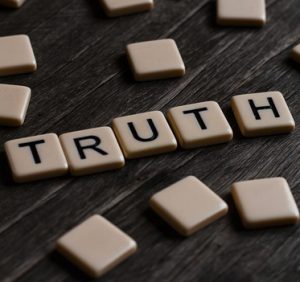 Years ago someone asked the philosopher Mortimer J. Adler, “What is truth?” Dr. Adler answered that question and then wrote: “Defining truth is easy; knowing whether a particular statement is true is much harder; and pursuing the truth is most difficult of all.”

I think that’s a good answer for “What is good?” Defining it is easy. Knowing whether or not some action is good is much harder. Pursuing good is a real challenge, which is where we come in.

Good, as we use it primarily, is having or displaying moral virtue. How do you do good? By making the right moral choices in your words and actions.

As I said, I’ll pick this up next week, and I’ll let you experience The Interview. It’s the story every company starts with.

In the meantime, keep pursuing good. The world would be a better place with more good in it, and you can help.