I have not been to Ukraine, but I have a good friend who lived there for many years as a missionary. He speaks the language fluently. So does his wife, and so do their two kids. 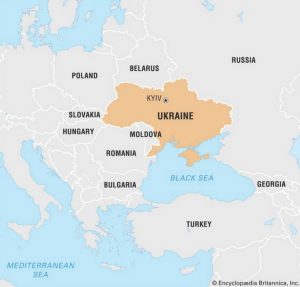 They still have many friends there, so this is their war.

You may not think it is yours, but it is, and it’s mine. We all need to understand that intellectually. More importantly, we need to feel it.

I am exactly the same way for exactly the same reasons, so I get it. Earthquake in Myanmar? Gosh. Genocide in Darfur? Golly! It seems hard for us to work up much emotion about such things because they don’t affect us. But they do.

Here are four reasons why we should care, with the focus on Ukraine.

War in Ukraine includes a cost to Americans in real dollars

On my way home from a meeting yesterday I knew I needed gasoline, but it was raining and my on-board computer said I could make it home. When I arrived I still had enough fuel to drive 12 more miles before I was stone cold empty.

Great! I’ll get it tomorrow.

Putin failed to touch base with me to say, “Better to buy it in the rain now than to pay extra tomorrow.”

Sure enough, tomorrow came with war in Ukraine, and by the time I could get to a station gas had gone up 15¢ a gallon. And there was a long line at the pumps.

We will pay those prices and grumble about them. We might even get angry with Putin for starting this war.

I hope we feel the pain at the pump and in other places, and that every time we do we say a prayer for Ukraine.

The West is being tested. Will we pass? 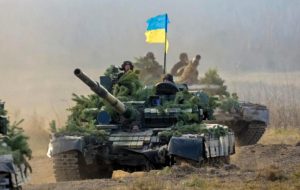 There have been many times in history when nations were changed by force. In fact when the children of Israel went into the land of Caanan — the Promised Land — they did so primarily by force. They didn’t always fight, and they didn’t always win when they did. Except when God was with them, and then they always won. See Jericho, for instance.

But for the past 80 years that has not generally been the case. Some have called this Pax Americana, after Pax Romana. America has been and still is the most powerful nation on earth, and that has helped create a kind of peace. Bullies like Vladimir Putin have largely refrained from taking over other countries by force, especially if those other countries are aligned with the West.

Ukraine gained its independence in 1991 following the collapse of the USSR. Now Russia wants it back for all kinds of economic and strategic reasons.

But one of the biggest reasons for the invasion, perhaps, is to test the mettle of the United States. Will Pax Americana stand?

Will the West, including America, stand up to this bully? Will the American people say to their elected officials, “Get after him!”

It’s a nice simple test for Putin. It is more than saber-rattling, of course. More than 100 people have already died in Ukraine. But it is a way to find out what the resolve of the West is.

Evil must be overcome with good

People know we need more good, but sometimes it’s hard to see the evil. This one is right there on your television and in your newspapers. 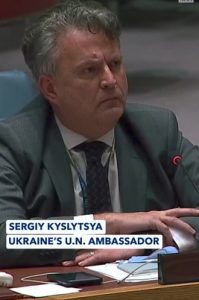 How do we overcome it with good? America and the west can do that by using their power to sanction Putin and his Russian mafia cohorts. They can, in a real sense, punish the evildoers.

This is not about the Russian people. They don’t get to vote. This is about the elites in Russia who are billionaires and want more. More power, more money. More.

One very interesting exchange happened when the invasion began. NATO was holding a special session on Ukraine, and it just so happened that the ambassador from Ukraine was speaking when Putin announced the invasion.

He said, “It is too late to talk about stopping the aggression. The war has already started. I just saw it on my phone.”

And as diplomats reacted to the news, Ukraine’s ambassador spoke directly to his Russian counterpart. “There is no purgatory for war criminals,” he said. “They go straight to hell, ambassador.”

No man is an island

John Donne wrote that famous phrase in 1623. This, the 17th meditation from the book of devotions that contains it, is one of his most well known passages.

No man is an island, entire of itself; every man is a piece of the continent, a part of the main; if a clod be washed away by the sea, Europe is the less, as well as if a promontory were, as well as if a manor of thy friend’s or of thine own were; any man’s death diminishes me, because I am involved in mankind, and therefore never send to know for whom the bell tolls; it tolls for thee.

The temptation in America — and in other parts of the world — is to not look beyond our own borders, or even our own lives. But we are not the whole, we are only part of the whole.

We may not be able to rise to the mindset of John Donne, but I hope we can say with him, “I am involved in mankind.”