That line — But wait, there’s more! — will be familiar to people of a certain era of TV watching.

Because the phrase became part of the popular culture through shows like Saturday Night Live, others may know it as well.

It was in the 1960’s that the phrase came into the popular dialog, and that was primarily due to one man and his chosen method of selling: infomercials.

Ron Popeil was the man, and his became a household name. His company, Ronco, started in 1964, is still in business today. Ron himself died a little less than a year ago at the age of 86.

Billed as “the world’s greatest pitchman,” Popeil sold everything from the Veg-O-Matic to the Pocket Fisherman through his informercials. Along the way he popularized the phrase “But wait, there’s more!” I remember watching some of those infomercials longer than I cared to just to hear him say that — and to find out what the “more” was.

It always meant one thing: your deal is even better than you thought it was! You don’t just get one Pocket Fisherman, you get two!! So cool.

Infomercial is a portmanteau word — a word made of two other words. Like motel (motor and hotel). In the case of infomercial the words are information and commercial. The promise is that you are going to be given information along with being sold something. 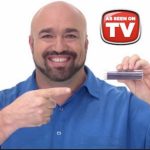 My experience is that infomercials are long on selling and short on information, unless you count information about the product. But infomercials for food related products — and Ronco was big on those — might include a recipe or two. In any event, they can be fun.

All of which makes me think we should make an infomercial for Do Good U. Hmmm…

The one line that definitely works for us: But wait, there’s more!

You already know that we offer two unique products to our customers: a proprietary evaluation and a proprietary learning experience.

Used together those products have amazing benefits for companies. They lose weight, get healthier, and make more money. (See what I mean about an infomercial?)

The learning experience is where Do Good University comes in. We are not a university in the classic sense, like our friends at Grand Canyon University, but we do teach. The bottom line, though, has much less to do with our teaching than it has to do with the learning that happens. That learning leads to all kinds of good things, both for the individuals and for the company.

But it isn’t all we do, which is why we really can say, But wait, there’s more!

Some of you know the story behind the name Do Good U. For those who don’t, here’s the short version.

My songwriting partner, Gary Dugan, and I decided to start a company to sell our music online.

He said what will we call the company and I said “Do Good Music,” a name that came to me by inspiration. But it worked because we wanted to do good, we wanted to do music, and have that be good music.

Gary and I had that company for a little more than 10 years, and we met some amazing people and made some great friends because of it. We also helped a lot of good music get into the world, and along the way we did good. What we did not do was sell our songs online, though we did sell the CDs of a lot of other artists.

Desiring to build on this whole “do good” thing, which we liked a lot, I bought several other domain names. One of those was Do Good U. My thinking was that people were doing good and could do even more good if they were encouraged.

And now, Do Good U has come to life.

The truth is there are smart people involved in Do Good U. More important, though, is the biggest brain of all (God) who inspires any or all of us with thoughts and ideas.

So one of our team had the idea for Do Good Talks, and another had an idea we now call Do Good Leadership. We are already engaging in Leadership, which is similar to traditional consulting but with a difference.

A lot of business consultants can help leaders find and fix operational issues. We focus instead on how leadership itself can be better. Much of that has to do with improving Emotional Intelligence and Cultural Intelligence.

When leaders get better, everyone wins.

“TED Talks meets PragerU.” That is how one of our team described his vision of Do Good Talks. It’s an interesting description, and we may get there. But neither TED nor Prager started with the idea of being household names. They just wanted to create platforms to get ideas out into the world.

In that way we’re already like those two icons. The idea we want to get into the world is “good.” Imagine speakers from around the globe coming together for a day or two and speaking to a live audience about good. Imagine that streaming live to thousands more. The impact would be more than we could ask or imagine. 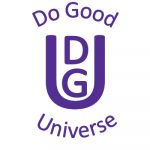 To accommodate all of that — and even more! — we have decided to begin doing business under a new name: Do Good Universe. The story of how that came about is perfect for another post, but, beginning with this week’s newsletter that is how the logo will read.

Of course we will still primarily be known as Do Good U, but University will be one of five divisions of the company. So will Leadership and Talks and Music and Books.

As we bring all those into being — or back into being — our mission will remain exactly the same: to bring more good into the world.

Thank you for being part of this crazy, beautiful, much needed mission.

And thank you for adding good to the world every day.

Operation BBQ Relief: How Food Organizations Are Helping Their Communities