Almost 20 years ago a good friend was spending time as a guest of the state where he lived. The accommodations weren’t great, he had to wear a kind of uniform, and there were guards. My friend decided to use part of his stay to write a single page which he called “What Kind of Man Are You?”

I only mention his circumstances at the time because they were a significant part of what inspired him to write what he did. Besides, as I told him, some of the best writing ever was penned by people being held prisoner. 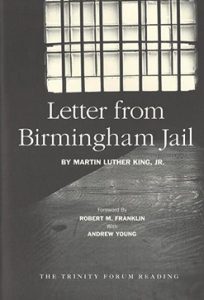 Pilgrim’s Progress (John Bunyan), Letter From Birmingham Jail (Martin Luther King Jr.), Conversations With Myself (Nelson Mandella),  and (my personal favorite) The Consolation of Philosophy (Boethius) were all written in jail.

We talked by phone pretty often during that time, and he shared with me what he had written. I liked it a great deal and encouraged him to turn it into a book, even highlighting possible chapters.

Together we made some changes to the original work, including changing the title to The Man I Seek To Be. I told him I was going to mention that work in this post and he said, “That’s great. People will be familiar with the idea once you finish writing the book.” Hmmm….

Seeking to be better

One of those is Tiger Woods, who — in his absolute prime — said in interviews, “I’m just trying to get better.”

Golly. Is it even possible to be better at golf than Tiger Woods was then? Apparently he thought so.

The same is true for all of us in all kinds of ways. We know how good we are at everything we do compared to our ideal. Like Tiger, what we accomplish may look incredible from the outside but only “almost” from the inside.

Over the years I’ve learned that gifts — things like athletic ability, intelligence, physical beauty, a great voice — are double edged. With the right gift you might be able to be better than almost everyone around you with no effort.

As you progress, though, you find yourself up against others who also have the gift. When that happens, the gift alone is not enough. Someone will have taken their gift, worked at it, and made it better.

If you have a gift, you owe it to the giver to use it for good. You also should seek to make that gift as good as it can be.

A hug and a slap

There were two man-to-man interactions that took place this past Sunday. The wrong one made headlines and is still being talked about: Chris Rock being slapped by Will Smith.

The one we should be talking about made a tiny splash in a smaller pond: Scottie Scheffler being hugged by Scott Scheffler, his father. 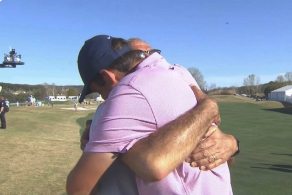 Scottie had just won for the third time on the PGA Tour, which is an incredible thing. Making it even grander was that he won for the first time in February, the second time in early March, and now the third time in late March. That amazing run lifted the 25 year old to Number 1 in the world in the Official World Golf Rankings.

When Scottie came off the green with the victory, his family was waiting for him. The tournament was played in their home town, and they weren’t going to miss it.

As Scott hugged his son tightly he said, “I love you Scott. I’m more proud of who you are than your golf. You’re a wonderful young man.”

Those guys are models of the man I seek to be.

Not so much for Mr. Smith.

I wrote all of the above on Monday of this week. Now it is Tuesday and I’m editing and rewriting and researching. In my news feed just now I found a dozen stories on “the slap.”

One included an apology from Mr. Smith that said in part:

“I would like to publicly apologize to you, Chris. I was out of line and I was wrong. I am embarrassed and my actions were not indicative of the man I want to be.”

Mr. Smith’s apology is both genuine and true, I think. I’m glad he wrote it, and I hope it helped him and everyone else involved. 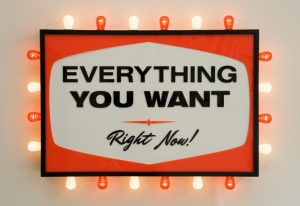 You might want to learn a second language. Do you seek after it, download an app, or do anything else that moves you closer to that desire?

Wanting is a fairly safe space to live in. I know that because I have visited often and stayed longer on occasion than I should have.

Seeking, on the other hand, puts you out there. Saying you want to start a company is (as my daddy used to say) “a whole ‘nother thing” than actually starting one.

Doing good? Don’t just want it, go after it.

Several weeks ago I got to meet Scottie Scheffler, and his father’s assessment is accurate. He’s a wonderful young man who is working hard to improve in golf and in life.