My apologies to J. R. R. Tolkein for using his title, but it’s a good one and, as you’ll see, he didn’t want it anyway.

The theme, of course, has been around about as long as there have been kings.

If you time-traveled back about 3,000 years, you might meet King David. He was not the first king of Israel — that would be Saul — but he was and is the most well known. Even if you’ve never picked up a Bible, for instance, you undoubtedly know about David and Goliath. 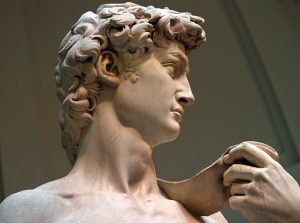 You probably even know about David and Bathsheba, an affair that is alluded to in the song Hallelujah, though as part of a weird mixed metaphor. The song even begins with “a secret chord that David played and it pleased the Lord.”

What you may not know is that David’s son, Absalom (very handsome, long hair, and smart), usurped the throne of David and forced his father to flee. It was a bloody rebellion, but eventually it was Absalom who was killed.

And the people of Israel rejoiced at the return of the king. (Not those who had supported Absalom, of course, but the rest of the people.)

In the world of fiction, there is the absent King Richard of England. While he is gone his brother, Prince John, attempts to “take over.” He is helped by the Sheriff of Nottingham.

You will remember that he was opposed by Robin of Loxley, better known as Robin Hood. And when King Richard returned, Robin got the girl and the evil Sheriff of Nottingham got it in the neck.

Lord of the Rings fans know that The Return of the King, published in 1955, is the final book in the series.

The title was suggested and ultimately chosen not by Tolkein, but by the publisher. Tolkein himself didn’t like it because he thought it gave away too much of the plot.

So can you guess what happens in the story? Yep, the king returns, the bad guys are defeated, wrongs are righted, and all is well.

The original manuscript  of the trilogy —  written as one book but published as three, with each having two parts — runs to over 9,000 pages. Imagine reading that in bed.

Because it is clearly a good versus evil book, I love it. I first read part of it in the late 60’s, and was immediately captured.

Interestingly the king who returns is not the hero of the story. He is one of several heroes, though not the hero. 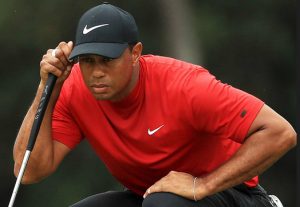 What prompted the thought about the return of the king was Tiger Woods playing in this year’s Masters.

No one calls Tiger “The King.” In golf that is reserved for Arnold Palmer, but Tiger is the man, the myth the legend.

That he is playing this week wouldn’t be a big deal except for this little wrinkle: 13 months ago Tiger was in a horrific single-car crash. He could have easily been killed, or lost one or both legs. The surgeries were long and painful. So was the recovery, which continues.

Will Tiger win? It seems unlikely, but he’s back and all is well.

Why we love it when the king comes home

In spite of the chaos we seem to create in this world, almost everyone really loves order and good. There is a way things are supposed to be, and we know and also feel that.

The disruption that is happening in Ukraine right now is a staggering psychological burden for those people to bear. And that on top of the other horrors of war.

Sanctions against Russia and Russian oligarchs are intended to disrupt as well. It is a form of punishment.

It’s the same when you can’t remember someone’s name in the middle of conversation. Or when the Grinch steals Christmas. We want and need order, and when the king is gone we long for his return.

The first one would be obvious to those who follow him, and that is Jesus. He died more than 2,000 years ago, was raised from the dead, appeared to several hundred people, and ascended into heaven. He said he’d come back — not just spiritually, but in person — and we’re still waiting.

Jesus will be back, but no one knows when.

The other king — or perhaps queen — that might need to return to power is you in your own life.

Notice that in all these narratives (Tiger is just the inspiration) the king is good for the people. David was the model for all kings because he followed God. Robin Hood was in guerilla warfare against evil. Aragorn was the primary warrior against evil forces, and Jesus was the King of Kings.

Within you is a force for good. When good rules in your life, the king/queen is on the throne. When evil, like Absalom in real life or Sauron in fiction, threatens to take the throne, you need the good king/queen to return.

The battle between good and evil is not just external, and it is not just a story. It is real and it happens in many of the choices that face us every day.

To make this a little easier for myself, I’ve given the good and evil kings names. King Selfless is the good king, and Prince Selfish is the evil king.

May good rule in your life. And when it doesn’t, may you experience The Return of the King.