You may have noticed that two days before Easter Sunday every year there is a day called “Good Friday.” If you happen to live in one of the 11 states in the United States that designate it as a holiday, you might think, “It’s a holiday, so that’s why it is “Good Friday.”

Arizona, where I live, is not one of the 11. Connecticut, Delaware, Hawaii, Indiana, Kentucky, Louisiana, New Jersey, North Carolina, North Dakota, Tennessee, and Texas are. Actually, it’s an optional holiday in Texas, but I’m still counting it as one of the 11.

Good for them, but that’s a swing-and-a-miss on the name.

But simply being Friday, and even being a Friday that is a holiday, is not what makes Good Friday good.

Over time the meaning of words can change.

Originally, for instance, the phrase make love meant to flirt. That meaning actually makes much more sense than “have sex,” but there it is. 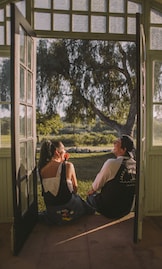 In a movie from the 1950’s a man walks into his home. In the living room he finds his wife talking to a male friend of the family. They are sitting on a couch but not holding hands or touching in any way. Everyone in the scene is fully dressed. The husband takes one look at the two of them and says to his friend, “I come home a few minutes early and find you making love to my wife? Get out of my house!”

Most people watching that today would say, “What?”

And so it is with this use of the word “good.”

The Good Book is the biggest selling book in the world every year, by miles and miles. The Guiness Book of World Records says, “It is impossible to know exactly how many copies [of the Bible] have been printed in the roughly 1500 years since its contents were standardized, but research conducted… in 2021 suggests that the total number probably lies between 5 and 7 billion copies.”

The YouVersion Bible app was introduced in 2008. It was one of the original apps in Apple’s brand new app store. Since then more than 518,500,000 copies have been dowloaded and installed. The number goes up by about 1 ever second.

People apparently think it is good for something.

By the way, the best selling book series in history is Harry Potter, with over 500 million copies sold. And its story is based on (spoiler alert) part of the Bible. 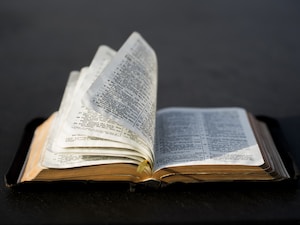 Several years ago I decided to read the whole Bible in a year. It took me about 14 months. Since then I’ve repeated that every year, but now it takes me much less than a year. Partly that’s because I kind of gloss through some of those name lists. Golly!

Anyway, from my perspective it’s a good book in a qualitative sense. It has drama, comedy, romance, and plenty of war and bravery.

It also has a lot of bad stuff. Adultery, murder, lies, and political machinations are all included. The good guys are sometimes killed and the bad guys often seem to win. But good ultimately prevails.

The story of Joseph alone has been made into The Prince of Egypt as well as Joseph and the Amazing Technicolor Dreamcoat, among others.

The story of Jesus, the main character of the entire book, is the same way. Just his story is amazingly good. IMDb has a list of the 27 movies about Jesus. The Passion of the Christ is one of my favorites, and so is Cotton Patch Gospel, a play with music and lyrics by Harry Chapin.

Right now the phenomenon in television is a series that was crowdfunded called The Chosen.

Not only are the stories good individually, they all intertwine. This is a good book.

Yes, it is good in the sense of being holy. It was written in service to God and is about God. That is why it is The Good Book.

And that brings us to Good Friday.

For Christians around the world, the most important event in history is the resurrection of Jesus from the dead. Christians celebrate that event on Easter Sunday. 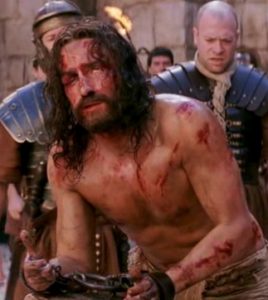 Unless you know that part of the story, you would not say there was anything good — in any sense of the word — about Friday.

On Thursday night Jesus was arrested, on Friday he was taken before Pilate, who eventually allowed the Jews to do with him as they pleased. What pleased them was to get rid of this trouble maker once and for all. Since there was nothing in their law that allowed execution, they had the Romans do that through the extraordinarily brutal method of crucifixion.

Before that, though, the prisoner was flogged, beaten, and tortured in various ways. If you want a historically accurate and graphic account of it all, watch The Passion of the Christ. It is not pretty.

But for millions and millions of people, it is beautiful.

Before Jesus was killed he told his followers he would rise again on the third day, but they didn’t get it. Even after it happened, the “Aha!” moment took some of them a little time.

In the play Cotton Patch Gospel, a telling of the story of Jesus as if it had happened in the American South, Jesus is lynched instead of crucified. Harry Chapin captured the feelings of Jesus’ followers with a song called One More Day. Here’s a video of that scene.

It is easy to move quickly past the death of Jesus to focus on the resurrection, even though there could be no resurrection without death.

Everyone who loves Easter should remember what came before — not to glorify the brutality of it all, but to honor the incredible sacrifice.

And that is what’s so Good about Friday.