When I was in my early-teens, my father would sometimes take me, my two-and-a-half years older brother, and my four-years younger sister to St. Louis.

We lived in a small town in Illinois, and St. Louis was the big city. He wanted us to experience things that couldn’t be found in our home town. So we would go for a weekend and stay at a nice hotel, eat at nice restaurants, and generally do things the city offered.

Several times that included going to the Muny Opera, the nation’s oldest and largest outdoor musical theatre. We saw some of the great musicals there, including The King and I, Don Quixote, and Camelot.

After the show Dad would ask, “Well, kids, what did you think?” I would say something about the lyrics, my sister would be humming one of the tunes, and my brother would say, “Did you see that actress?!”

Shows at The Muny helped me begin to know how much I loved words. But at that young age there were many nuances in lyrics and stories that I missed.

Decades later — in fact just a few weeks ago — I saw Camelot again, though not at The Muny. (It is playing there this summer. Go if you can.) This was a Phoenix area production, and it was great fun. And this time, as an adult, I understood the story was really about good and evil.

Camelot, as you may know, tells of a mythical kingdom ruled by King Arthur. Tutored by Merlin as a boy, Arthur has become king by pulling the sword (Excalibur) out of the stone.

He is determined to make Camelot a place of peace, and with the help of his wife Guenevere he creates The Knights of the Round Table. Their motto is “Might for right.”

For several years Camelot is ruled by law and is held in high esteem wherever their story is told. 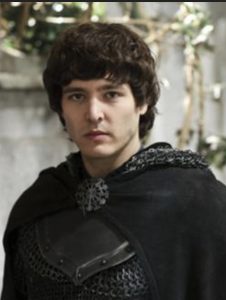 At the beginning of Act II, we meet Mordred.

When he came on the scene as my wife and I sat in the audience, I turned to her and said, “Mordred today is Vladimir Putin.”

Mordred’s songs, by the way, are titled The Seven Deadly Virtues and Fie On Goodness. They are clever, but they describe Mordred — and Putin — well.

As the musical comes to a close, it seems that evil might win. It does have its victories, creating division and war. Mordred destroys the Round Table and replaces “Might for right” with the bad idea that “Might makes right.”

We saw it coming

Camelot was based on The Once and Future King, written in 1958 by T. H. White.

That book was  based on a book completed around 1470 and first published in 1485. Written by Sir Thomas Malory, Le Morte d’Arthur is itself legendary. But forget that for a moment and look again at the date.

We’re talking 550 years from writing about the invasion of Camelot to the actual invasion of Ukraine.

Of course evil has been in the business of invasion since the serpent made his way into Eden.

In Ukraine, we saw it coming. In the fall of 2021 U.S. officials were trying to persuade Putin to change his mind. Diplomacy failed, as it always does when one side is evil. As it did in Camelot.

So as Putin was getting his Army together, the West was getting sanctions and other similar weapons together. Ukraine, and especially the Ukrainian people and the Ukrainian president, were as ready as they could be. They have been amazing.

You can’t predict the future, but you can get ready

In the sport of football — even in high school — players watch film of their opponent’s games. A big part of that is to familiarize themselves with what the team does in certain situations. Are they likely to go for a touchdown or kick a field goal? Do they pass or run under pressure? 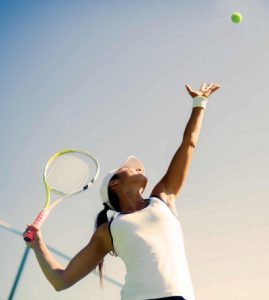 Every sport with a known opponent has the equivalent of that. Baseball, basketball, hockey? Yep. Even tennis pros study their opponents.

But the great players and teams go beyond that. They study themselves, and they prepare for situations that might not ever happen.

Once Billie Jean King stood alone at the baseline on Center Court at Wimbledon. She would toss a ball in the air as if she were going to serve, but always let it drop.

“What are you doing?” asked another pro.

King replied, “I’m imagining some birds flying into my field of view when I toss the ball and look up. I want to be ready if that happens.”

If you were King Arthur and Mordred showed up, what would you do?

It is good to have some idea before those birds fly into your view — or your country.

On a smaller scale…

Camelot, by the way, was not really perfect. And I certainly don’t mean to imply that Ukraine was a perfect country. But they were moving away from political corruption, which is one reason Putin chose this time to attack.

In the same way our lives are probably somewhere between getting better, like Ukraine, and pretty good, like Camelot. We should be thankful for that progress, but we should also know that Mordred is on his way. Will we be ready when he arrives?

There really is nothing new under the sun, and one of the oldest of them all is evil doing all it can to disrupt good. Fie On Goodness, as the song says.

The principle of preparing ahead of time for possible, or even probable, disruptions and temptations is important. It is also hard to do.

But one part of doing good is knowing how the opponent — evil — plays the game. You do that by reading history, or even by watching a musical.

Then when Mordred shows up you can say, “I know who you are, and you will not get what you came for.”