People who watch the Supreme Court closely — and these days it’s probably more interesting than network TV — have figured for a while that Roe v. Wade would likely be overturned.

The spontaneous demonstrations that erupted when Politico published the draft opinion were already planned, though the planners thought they had even more time to plan.

Pro-life organizations were also caught a little off guard from a timing perspective. Some were hoping to meet and plan what to do next. They’ll still do that, but with even more hope and a greater likelihood of the end of Roe.

In any event, the battle is not over. Here’s why.

From the federal government to the states

Lots of people, both on the left and the right, talk about “our democracy.”

As I’ve mentioned before, the U.S. is not a pure democracy. The founding fathers wisely made our form of government a democratic republic, complete with three branches of government (for checks and balances) and an Electoral College so all votes matter. 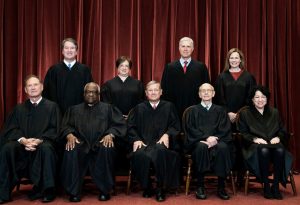 In Justice Alito’s draft opinion he basically said that abortion is an issue for the individual states, not an issue for the Supreme Court. Apparently at least four other justices agree with that. Not being a legal scholar I cannot offer an expert opinion. But I believe Justice Alito when he writes that, “It is time to heed the Constitution and return the issue of abortion to the people’s elected representatives.”

Assuming the court stays with this decision, legalized abortion in America will not end. The legality question will simply move to the individual states.

Several states already have fairly restrictive laws about abortion, several have very liberal laws. Women who decide to choose abortion will have a place to do that. It may not always be convenient, but it will be available.

Those who are pro-life care much more about the number of abortions, because to most of them every abortion takes the life of an innocent, living, human being.

Since Roe was passed, there have been (according to CDC data) more than 60,000,000 abortions in the U.S. Without those abortions it is not only possible but plausible that the population of the U.S. would easily be 50,000,000 higher than it is now. Perhaps more. Would that make a difference?

Where a difference would be made is in the population of a particular home, and it could well be that the home would have had financial challenges because of it.

In fact many women who choose abortion do so for economic reasons. I learned from one expert in the field that 60% of abortions in America are performed on women who are already mothers. In many such cases, economics is a major factor.

But there are, and should be, other ways to solve that economic problem. If overturning Roe reduces the number of abortions, it may be that more help will be needed. But it should come from people, not the government.

This is not black and white, or even red and blue.

Reading comments online is generally not a healthy thing to do, but they can be enlightening.

On one conservative news site an article about the likely SCOTUS opinion drew thousands of comments. Those weren’t all conservative. 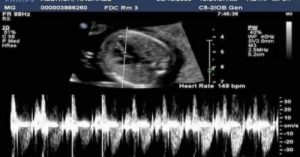 One very touching comment came from a reader who said he used to be indifferent about abortion, then his wife had a miscarriage. When she got pregnant again and had some potential issues, they went in for an ultrasound. She was no more than 8 weeks pregnant, and the commenter said all he could see was a little dot going over 100 beats per minute.

He knew that was the baby’s heart, and he was no longer indifferent.

And by the way, the viability argument is, if you think about it, both flawed and dangerous. It’s flawed because we don’t know, and dangerous because that same reasoning could easily be applied to some elderly or ill person.

A word about the leak

The leak of the document referred to above was a serious breach of trust. While I made light of it last week, that was to make a point, not to imply that it was unimportant.

Here’s what I really believe about it: God will use it for good.

Still, the person who decided to make public something that was clearly intended to be private should be punished.

Now that it has been out for a week, much of the steam has been let out of the bag. There will be protests when the final opinion is announced, but I think of less consequence. We will have moved on.

In the Bible, Joseph’s brothers sell him into slavery and tell their father he is dead. Years later Joseph holds the lives of his brothers in his own hands. They beg for forgiveness and he grants it willingly, saying, “You meant it for evil, but God meant it for good, to save the lives of many people.”

After all, God doesn’t just want us to do good, he is good.

Names are important. Let’s get them right.

Looking back, looking forward, looking around