This is going to come as a shock to our readers who play golf, but I’m going to put it in writing anyway. It’s for your own good. 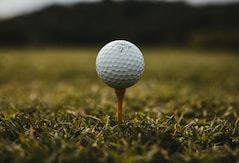 So when you yell at the ball to “Bounce right!” or “Get in the hole!” your instructions are unheard by the ball.

I replied, “Maybe it’s a teenager.” The truth is, none of them can hear.

Did someone say something?

Unlike golf balls, most people can hear. Oddly, though, when a Democrat talks many Republicans do their best imitation of a golf ball and don’t hear a thing. The reverse is true as well.

I recently tripped across a tweet with a video in which Transportation Secretary Pete Buttigieg was being interviewed. Remember, this was on Twitter, so it was edited to show only the part the tweeter cared to share. It made “Mayor Pete” look good to those who already agreed with him.

But while he was being interviewed, I noticed, he apparently could not hear the person doing the interview. Until the very end he completely ignored every question that was asked, so he must not have heard them.

I’ve seen politicians do that in interviews before, so I wasn’t surprised. I’ve seen them do it in spades during debates. You have too.

Many husbands and wives can name times when their spouse practiced a kind of selective hearing. This is not unique to politics. It is practiced in classrooms, courtrooms, and newsrooms around the world. Kitchens, too, and cars. Children learn it early, and it seems many of them never grow out of it.

Mayor Pete didn’t care what the interviewer had to say because he had an agenda and an audience, so he tuned him out.

I’m pretty sure the interviewer is used to such treatment, but none of us like to be the recipient of being tuned out.

Consequently, many news outlets only say what their primary audience wants to hear. The punishment they receive for failure to do so is being tuned out. Sometimes literally. 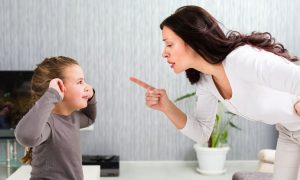 Ask yourself what person or newspaper or news show you’ve tuned out recently, then ask yourself why. If it is only because they aren’t saying what you want to hear, when will you come back and check in with them again?

There is another reason to tune out some sources, including some people — attitude.

If you are interested in becoming negative, hang out with people who are consistently negative. You will be amazed at how quickly that attitude will invade your own. When you find yourself joining in on the downward spiral of hating everything that surrounds you, from the local politicians to the weather, it’s time to tune out.

On the other hand if you find people who have a positive attitude, who are looking for the good in people rather than the bad in everything, tune in to what they have to say.

I love to have conversations with people who have a positive attitude, a good heart, and an open mind, even if I don’t agree with them on many things. In fact I often learn a great deal from such people, and they learn from me.

So learn to tune in to the heart of people, not just their words. And please do not think that if their words and opinions differ from your own it makes their heart bad.

Start listening for attitude, and tune in those who have a good one.

Abraham Lincoln was a genius at that kind of tuning in. Even the title of Doris Kearns Goodwin’s biography teaches us that Lincoln created within the White House a Team of Rivals. Mr. Lincoln wanted to have people around him who loved America and had a great attitude about that. If their opinions differed from his own, so much the better, because he had ears to hear.

The “ears to hear” phrase was made famous by Jesus. Almost everyone has heard of him, but many have never listened to what he said. He knew that would happen, because when he told simple stories that had a deeper meaning he often added, “He who has ears to hear, let him hear.”

The whole hearing/not hearing thing started in the Garden of Eden. Jesus just emphasized it, for our benefit. Still, people tune him out. They either think they know what he said or don’t care what he said.

To our detriment, we are often those people. That, too, is in the Bible. Check out this line from a letter Paul wrote to his mentee, Timothy:

For a time is coming when people will no longer listen to sound and wholesome teaching. They will follow their own desires and will look for teachers who will tell them whatever their itching ears want to hear. They will reject the truth and chase after myths.

I used to have the opinion that today’s college professors were the “bad guys” for touting socialism (“It is bound to work this time, although it never has before in all of history.”) to their students.

Now I think it is the college students themselves who want the teachers to tell them those lies. The profs are no better than the news channels who cater to their audience. Thankfully there are still Milton Friedmans and Thomas Sowells out there.

I’m going to continue this idea next week and share my own journey of learning to listen, to discern, and to make a positive difference with not just what I say but with what I hear.

It is a great way to do good, and you can do it too.