Money is always a popular topic. Having money may be more popular than talking about it, but since most of us don’t think we have much of the stuff we make it conversational. This is not new. 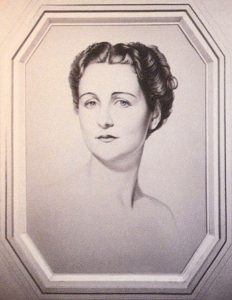 In 1956 English novelist and wit Nancy Mitford edited a light collection of essays called Noblesse Oblige. The opening essay was one of her own, and it included this great little dig:

Our outlook is totally different from that of our American cousins, who have never had an aristocracy. Americans relate all effort, all work, and all of life itself to the dollar. Their talk is of nothing but dollars. The English seldom sit happily chatting for hours on end about pounds.

I first encountered those lines in a book of poems by Ogden Nash, author of

Candy is dandy
But liquor is quicker

When called by a panther
Don’t anther

Nash, perhaps the greatest comic poet of all time, felt compelled to submit his own response to Miss Mitford. It includes these lines:

Unlike most of today’s headlines about money, Mitford and Nash both make me laugh.

Pick up a paper

Speaking of today’s headlines, you may have noticed that they like to talk about money too.

It’s particularly big in America now because “inflation hit a new high in June of 9.1%.”

If you are like me, the only words in that phrase that mean anything are new high and June. We assume that inflation is generally not good, so a new high has to be bad and June just happened. But what about the number?

The percentage is actually the Consumer Price Index, and this one means that “a basket of goods” costs 9.1% more now than it did in June one year ago. The CPI is measured at the end of each month, and the percentage given is the rise or fall compared to that same date a year earlier. A rising percentage indicates inflation.

Inflation is an increase in prices and a decline in the purchasing power of money. Think of it like a balloon being inflated, and you will get a picture and a possibility. When might the balloon burst?

It has already burst in Afghanistan since the Taliban takeover. An excellent Wall Street Journal article chronicles the rapid financial decline that has taken place there. “The U.N. says over 90% of the population isn’t eating sufficiently and that nearly half the population is facing acute hunger.”

Generally there are two causes for inflation: too much money in the system, and external events that limit goods and services. The first is the most common, especially in America.

Civil War inflation in the South

The South had their own money in the Civil War, and they printed a lot of it. Consequently inflation was rampant in the South, with the cost of living being, some estimate, 92 times higher in 1865 than it was in 1861.

In 1864 the South implemented some excellent monetary policies, bringing inflation down from 700% to just 53.3%, but it was too late. By the end of the next year and the war, inflation in the South peaked at 5,275%, making Confederate money completely worthless.

Looking at that example, some have suggested that if the U.S. government would simply stop printing money to pay all of its own debts, inflation would drop. Instead the Federal Reserve will raise interest rates in an attempt to slow consumer spending.

Bankers and government folks will tell you that America’s current inflation is primarily due to war in Ukraine leading to rising gas prices and COVID leading to reduced production overseas. As P. G. Wodehouse would say, “Pshaw.”

But those are factors, and they have to be accounted for. Government has dealt with inflation before, and sometimes very well.

For instance long before the Civil War inflation was a very serious problem in this young country. When Alexander Hamilton became Secretary of the Treasury, he led a successful effort to tie the value of a dollar to gold and silver. That arrested inflation and stabilized it for decades.

We’ve tried different standards in the U.S., including a gold standard (silver was out) but since 1971 America has had a fiat currency. That means American money is backed by the “full faith and credit” of the government.

From the beginning people have used all kinds of things as “money,” from tobacco leaves to little toy cannons. Modern day cryptocurrencies take that to a whole new level. Talk about faith!

But even when things seem solid, circumstances can change. Mohammed Wahid Haykalyar is featured in the Journal article about Afghanistan linked above.

While waiting in line at a U.N. food distribution center he said, “I used to give food to poor people, now I am begging for food myself.”

Money is a tool. It should not be the primary goal of one’s life and it should not be an object of worship. People both inside and outside the church think the Bible is anti-money. It is not. It is, however, firmly against the love of money, which it calls the basis for all kinds of evil.

Since money is not a god but a tool, it can be used in many ways for good.

So the next time someone wants to talk about money, talk about that. Ask each other how you can use your money to do good. Wield that tool well and the joy will be worth more than anything money can buy.