“Though a man might prevail against one who is alone, two will withstand him—a threefold cord is not quickly broken.”

And yet when I tell you that quote is from the Bible some will dismiss it.

Why? Because some people have a negative visceral reaction when they see the word “Bible.”

On the other hand, some will read it and have a positive reaction. They trust the Bible, and knowing the source gives the statement even greater veracity.

The common word in those two statements is “reaction.” Sometimes reaction is good, and other times not so much.

When my classmates and I were learning to drive, members of the local police force came to our high school to help educate us. They made it more fun by using little games, and one of those measured reaction time.

We all used the same car, got it to the same speed, and on a signal stopped as fast as we could. I did OK, but my friend David, an outstanding athlete, reacted fastest. 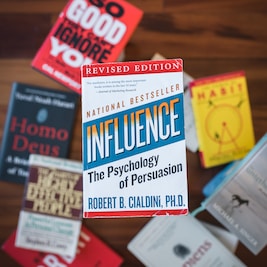 It was a great lesson for all of us, because not even David stopped as quickly as he thought he could. So we worked on being able to react rapidly. For a long time we thought about that, and we drove ready to react.

If we could speed up our reaction time when driving and slow it down in conversations, we’d have fewer wrecks of all kinds.

Headline writers know all about visceral (relating to deep inward feelings rather than to the intellect) reactions. So do authors and songwriters and actors and directors and sports psychologists and architects and artists.

The question is, do we understand our own visceral reactions? Too often the answer is no. And why should we? By definition the intellect is only used for support.

All of us have preferences, from colors to shapes to aromas to music to foods, and that’s good. Encountering something we prefer may trigger a mild positive visceral reaction. Show me a beautiful golf course or an ocean and my day gets better.

Encountering something we don’t prefer (not being in charge, for some; being put in charge for others) may trigger a mild negative visceral reaction, and that’s fine.

But when a preference morphs into a bias, that’s not good. Here’s how you know that’s happened: When your visceral reaction is inappropriately strong; or when you begin to rationalize your actions in a defensive way.

One such instance is recorded very early in the Bible. Eve looked at the tree she and Adam were forbidden to eat from and saw that it “was good for food, and that it was a delight to the eyes, and that the tree was to be desired to make one wise.” She justified her bias for control, and Adam went along with her. 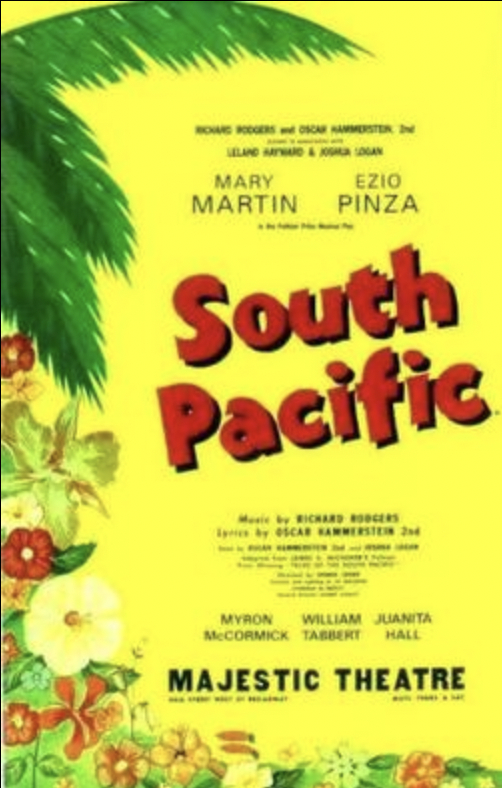 One of the great musicals of all time is South Pacific. I first saw it in movie form when I was young, and I loved the scenery, Bloody Mary, and Luther Billis. The love stories were alright, the songs were fabulous.

As a boy, though, I missed the song that was at the heart of it all. Sometime later I saw the movie again and that song stopped me in my tracks.

In fact the very short You’ve Got To Be Carefully Taught, lyrics by Oscar Hammerstein II and music by Richard Rodgers, was widely criticized and threatened the life of the entire musical, which opened in 1949.

It is a straight-to-the-point song about bigotry. So bigots spread fake news that the idea and message must have come “from Moscow.” Legislation proposed in Georgia — as the musical was about to tour the South — said any story supporting interracial marriage was “a threat to the American way of life.”

Bigotry — bias on steroids — is a major reason for the divisions we see in America today. It isn’t just prejudice about people, it’s also about groups.

No one really hates all Republicans/Democrats, but some people act like they do. They are acting on emotion, and while they may not really be bigots, they react like bigots. Which triggers another bigoted reaction.

An important part of the antidote is to use our intellect to examine our opinions. Ideally we should examine them with people we trust who can be objective.

Listen to people who disagree with you and think about what they are saying instead of reacting with some harsh comment. If you’re conservative politically, for instance, read the New York Times. If you’re progressive politically, spend five or ten minutes each day watching videos (topic of your choice) on PragerU.

We need to move away from biases and back to preferences. And somehow, some way, we need to meet opposing views with our minds and not just with our mouths.

Take back control of your preferences, and don’t let others manipulate you through them.