It may not be as famous as “Frankly, my dear, I don’t give a damn,” but you’ll know this movie line:

We mostly remember the final phrase, spoken as a challenge by a witness (Jack Nicholson) in a military hearing to a young attorney (Tom Cruise) in the movie A Few Good Men. 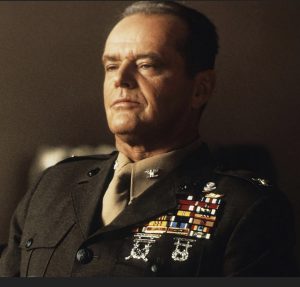 The witness then proceeds to give his own version of what constitutes truth, and in the moment it is compelling. Just watching the clip of it again I thought to myself, “You know, he’s right!”

But his argument for justifying his illegal action wasn’t really the truth. It was his view of reality, and that view was based completely on his personal beliefs.

That made it true for him. Was that enough?

By definition, something is true if it is in accordance with reality or facts.

Reality is the state of things as they actually exist, and it is separate from the mind. As an example, “the Willis Tower (formerly Sears Tower) is taller than The Empire State Building.” That statement is true because it corresponds with reality.

“The Willis Tower has 108 stories,” is also true because it corresponds with the facts.

That is simple, straightforward, and easy to apply when reality and facts are easily available. An example of the opposite was mankind’s thoughts about the solar system.

For many centuries very smart people believed that the earth was the center of the solar system. In the 16th century Copernicus published a book with the theory that in our solar system, the moon and the planets revolve in orbits around the sun.

It took a long time — another hundred years or more — to prove that Copernicus was right. Once reality was known, scientists corrected their teaching.

Most of us feel the moral obligation to tell the truth. Sometimes the obligation can also be legal.

“Do you swear to tell the truth, the whole truth, and nothing but the truth, so help you God?”

Now in the witness box…

That, as you will recall, is how we began this discussion — in the witness box.

The hearing where I was called as a witness was a civil rather than a criminal trial. Still, the attorney who cross-examined me was not there to help me tell the truth. She had very good, very pointed, very precise questions, and her goal was to discredit me as a witness.

Truth was my friend that day. No one cared about my opinion, what I thought had happened, or my take on people’s motives. The attorney tried to lead me in those directions. I stuck with truth.

The Marine colonel played by Jack Nicholson in A Few Good Men did not, at first, stick with truth. The young attorney knew it, and ultimately the real truth came out.

Many of us have been guilty of manipulating the truth as well. In fact at a dinner this week, without using the word “truth” a single time, those of us there talked about people who intentionally create their own truth, an alternate reality.

The people we were talking about: golfers. Not all golfers by a long shot, but a particular group of golfers known pejoratively as “sandbaggers.”

Golfers who play in competitions establish a handicap by turning in their golf scores to a handicap committee. In return, the committee gives the golfer a handicap — a number. Skilled golfers get lower numbers, and those numbers are intended to level the playing field so that skilled and unskilled golfers can compete against each other. The handicap evens things out. 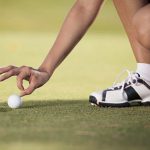 Some golfers, however, say their golf scores were higher than they really were. Or they turn in high scores and not low scores. Both are a form of “not telling the truth,” so the handicap they are assigned is also a lie.

When they enter a competition with that handicap number, they have a big advantage. And they often leave the tournament with a trophy and a bad reputation.

That is really no different than telling the government you made less money than you did.

Some people think we are supposed to cheat on our taxes (we aren’t), but cheating in the world of golf is looked down upon both widely and deeply.

Sandbaggers are often kicked out of tournaments and even banned from future competitions. Lying has consequences.

The colonel was wrong

People in general can handle the truth. Sometime speaking the truth or hearing the truth can be painful, especially when the truth reveals a lie that has been told.

The colonel was the one who could not handle the truth, because it uncovered his own biased version of events.

Over the centuries people have created different theories of truth, always in an attempt to negate the idea that truth is that which corresponds with reality or facts. These theories get more or less attention based on culture, and today’s culture is no exception.

In most of these theories, beliefs take the place of reality and facts, and there is a lot of that going around.

At its most basic, people say “If I believe it is true, that makes it true.”

No, it doesn’t. But more and more people are being misled by it.

I’ll write more about that next week, but for now I’ll leave you with a line from philosopher Mortimer J. Adler.

He said that two men in a rowboat approaching a bend in the river who firmly believe the waterfall is a mile away when in fact it is just around the corner still die.

Seek truth. Embrace truth. Do good. It’s in you.