Even before Photoshop and programs like it were easily accessible, people made fake i.d.’s.

I know, because I made one.

It wasn’t all that easy, although it turned out alright. The process was simple enough — change one birth year number on a driver’s license from an 8 to a 5. It was nothing that a razor blade, a steady hand, and some black ink couldn’t handle. 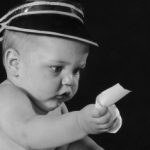 The purpose was to be able to buy beer — which I didn’t like all that much — for me and my pals. I volunteered to sacrifice my license for the cause, but we might have thought through that a little better. I was 18, but I looked a lot younger, as you can see from the picture.

If this had been a school project rather than extracurricular, we’d have all made an A. Instead we made a 5, and the thing looked good.

Naturally I couldn’t use it in the small town where we lived, so we traveled about 14 miles to the next town with a liquor store.

It was there I learned that having a fake i.d. is one thing, and using it is another.

The clerk looked straight at me and said, without a smile or a frown, “I.D.”

Knowing this was coming, and thinking through it ahead of time, I pulled my wallet out of my jeans, opened it, retrieved the fake, and handed it over.

He took it and studied both the license and my baby face, back and forth.

Perhaps the fellow was weighing his own culpability, or perhaps he was trying to make me crack, but he finally decided to play along. Maybe it was a slow night, but he made that sale.

I never used that fake i.d. again, even though it was pretty good. I knew it was a lie, I knew anyone who cared to look would know it was a lie, and I knew that using a fake i.d. was sometimes tougher than making one.

I’ve traveled internationally enough to know that liquor store clerk was an amateur compared to a customs agent. Those people are really good at spotting fakes, and they don’t let them pass. They put them in jail. 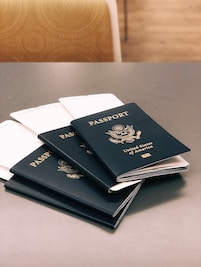 I was thinking about the need to prove identity the other day, remembering my 5, and thinking if I’d been born in this century I could have made a fake i.d. much easier.

On the other hand, maybe I wouldn’t even need an i.d.

As for traveling internationally, spies may not need multiple passports anymore. They can simply identify as French, English, German — you name it.

Of course I’m not serious, but if the culture is “my identity is what I say it is,” where is that applicable and where is it not applicable?

One friend recently told the story of his mother, who was in her 80’s, standing in line to get the Covid vaccine when only those over 75 were eligible. A young man came in and pushed his way through the line, and a couple of people actually called the police, who came and confronted the fellow.

“What are you going to do,” he challenged, “arrest me?” And they did.

That turned out not to be the case, but he was willing to push his way through the line and push his own belief on everyone else.

If a biological man wants to tell me he is really a woman, that’s fine. He may even believe it. That does not compel me to believe it or pretend to believe it.

Jordan Peterson was a psychology professor at the University of Toronto when preferred pronouns were starting to become a big thing. He opposed the use of these for philosophical, not transphobic, reasons.

But he didn’t say anything until a law was proposed in Canada to force people to use these preferred pronouns. That was six years ago, and his protest of the law in a reasoned, articulate way cost him his job, but also catapulted him to fame.

He is now globally known, a sought-after speaker, debater, and author.

Here is a link to a brief article on “the Jordan Peterson phenomenon” that explains it well.

In his view, not only was the trans community (which he otherwise has no issue with) pushing their agenda, they were pushing aside free speech. And the Canadian government wasn’t arresting them, it was joining them.

Peterson doesn’t hate pronouns, he loves free speech. I am not a hater of pronouns, I am a lover of truth.

Reality and facts exist outside the mind. If they did not, anarchy would result. No speed limits for me, for instance.

Many who otherwise embrace truth allow such silly things to happen and defend it with “individual” rights, but individual rights must always be considered in context.

When we lose context, we create a kind of modern day slavery. The individual becomes the master and all others their slaves. And slavery, thankfully for all, has been abolished.

Speak truth. Do good. It’s in you.

Virtue Signaling: Not quite good