You are probably familiar with Robert Frost, at least by name, and know he was a poet. 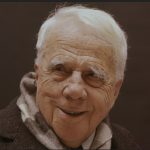 You may even be familiar with his poem The Road Not Taken, though you may think of it (many do, including me) as The Road Less Traveled.

That phrase, which does not appear in the poem, has entered the popular lexicon. It is even the name of a travel company. In reading about them I discovered they deserve the name, if for no other reason than this: tech-free travel.

Their web site says, “RLT trips are “unplugged” experiences. Being tech-free empowers our travelers to focus on face-to-face connections and gives them opportunities to engage in activities that foster friendship, support, group goal setting, laughter, and teamwork.”

But let’s get back to Frost and his most famous poem, and find out what it means.

It was a joke

I learned in an article on Poetry Foundation that Frost wrote The Road Not Taken as a joke for his friend and fellow poet Edward Thomas. The original recipient did not get the joke, and when Frost explained it he did not like it.

Thomas wrote back that most readers would not understand the poem’s jests, nor would they, without explanation, know they were supposed to laugh.

Regardless of Frost’s intentions, he crafted a masterpiece when he wrote The Road Not Taken in 1915.

The part most remembered is the final three lines:

Two roads diverged in a wood, and I—
I took the one less traveled by,
And that has made all the difference.

That has become a philosophy for many people, or at least a guide in decision making. I’m kind of a subscriber myself.

Most people — and this is a self-evident truth — choose the popular path. In the movie Dead Poet’s Society the teacher (played by Robin Williams) chides his students for all falling in step with each other. But that is the natural thing to do.

In doing so am I still allowing the majority to make my decision for me? Instead of trusting the opinion of the many, am I simply distrusting that opinion?

And what about decisions that don’t involve a literal road, just a path in life?

When Robert Frost and Edward Thomas would go walking, Thomas would choose a road by instinct thinking perhaps they’d find something special on it. If they didn’t, he’d say they would have been successful on the other road. (Thus Frost’s title.)

All of us have had that same experience and same speculative regret, and the more we contemplate it the more we can be paralyzed the next time we have to make a choice.

Think for a moment about the choices you will have to make or have made today. The sheer number helps us understand why so many follow the crowd — it’s just plain easier.

Sadly, though, when we follow the crowd we tend to blame “them” for failure and our own brilliance for success. Even worse, crowd-followers tend to stay on the path and accept or justify any failure that comes along.

Doing good as a guide

All of us have guides we use in our decision making. The “one less traveled by” may be one of yours. Instinct, like Edward Thomas used, might be another.

I’ve come to understand that the criteria we use in small decisions finds its way into our big decisions. It may be true that bigger decisions (choosing a school, getting married, etc.) get more attention from us, but that doesn’t eliminate the guides we’ve been listening to.

That’s one reason why “doing good” deserves a place as one of your decision making guides. But it needs to be applied consistently and with thought.

Recently I saw a video on Twitter that called this to mind. A young girl posted it about herself and a good she had done.

Her friend liked and wanted cherry pie, she says in the video, so she went to the store and found a can of cherry pie filling and some crust mix. She showed both in the video.

At the end of the video she showed the turnovers she had made for her friend, but he hadn’t tried them yet.

That’s because she had been arrested for stealing the pie filling and crust mix. “They caught me borrowing,” she says with a smile as she videos herself in the police station.

Use good as a guide all the way through. Any evil in the process cancels the whole thing.

We are big on social proof these days. Amazon and Yelp reviews heavily influence our choices, though there is a skill to using those.

When my wife and I travel, we want to experience local rather than tourist. Over the years we’ve learned how to check in with locals for places to eat.

There is one more outside influence I use, and it is always very useful: I ask God what I should do.

Some people think that’s weird, but they still want to know if it works and how they can do it. I tell them it works a lot, and doing it is simple. “What should I do here, God?” is often the way it comes out.

If I get/hear/feel some kind of answer, I do that. Mostly.

This does not make me super-spiritual, but if I can ask a friend or even a stranger for a restaurant recommendation, why can’t I ask God? I know, God doesn’t eat. But I’ll bet he’s heard more honest reviews than anyone.

Besides, asking God for guidance and taking it may just be the ultimate road less traveled.