The world in general is a fan of biography — books about someone’s life.

Biography is a self-descriptive word, being formed from bios (life) and graphia (writing). It was one of the original book categories in the awards known as the Pulitzer Prizes. Those prizes were established in the will of Joseph Pulitzer, a journalist and newspaper publisher the likes of which we rarely see today.

Pulitzer Prizes were first awarded in 1917. Only four were given that year — two in journalism and two in books. The winner in the biography category was Julia Ward Howe, 1819 – 1910. It was written primarily by two of her daughters, with a third daughter assisting.

You may be thinking, “I know that name. Why do I know that name?” The most likely reason is that she wrote the lyrics to a song you know. It’s called The Battle Hymn of the Republic. “Mine eyes have seen the glory of the coming of the Lord…” Wow!

But of course there was much more to Julia Ward Howe than that song, and her daughters saw to it that her life was recorded in words.

Thanks to a wonderful web site known as Internet Archive, you can still read that winning biography today, more than 100 years later.

From 1917 through 1941 the description for the biography prize was: For the best American biography teaching patriotic and unselfish services to the people, illustrated by an eminent example, excluding, as too obvious, the names of George Washington and Abraham Lincoln.

Over time the description broadened considerably and two biographies of George Washington later won. But also gone is the requirement of “teaching patriotic and unselfish services to the people.”

Now it is simply For a distinguished biography, autobiography or memoir by an American author. 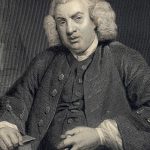 That is probably just as well, because with fewer restrictions we now have Pulitzer Prize winning biographies on Krushchev, Machiavelli, and God. (Bold choice.)

But the definitive work of biography did not win a Pulitzer Prize. In part that’s because it was published in 1791, more than 50 years before Mr. Pulitzer was born.

That work is Life of Samuel Johnson and was written by James Boswell.

Wikipedia says Johnson was “an English writer who made lasting contributions as a poet, playwright, essayist, moralist, critic, biographer, editor and lexicographer.”

The man wrote a dictionary. Basically by himself. Golly!

There is a lot of source material for Samuel Johnson, and you can find it easily. In fact you can find Boswell’s Life of Johnson on Kindle and probably other electronic forms. Now more than 230 years old, it is still quite readable. And it is amazing.

Most of us will never have a biography written about us, nor will we write an autobiography. But our lives will still be told in words, both while we are living and after we are gone.

Who will speak or write those words, and what will they say? 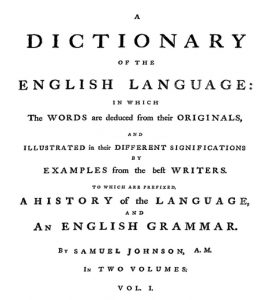 James Boswell was a good friend of Samuel Johnson, and while Johnson was still living Boswell planned on writing his biography. That is one factor that makes this the best biography ever. But it was Boswell’s approach that made the book extraordinary.

He would not just write about the great things Johnson did, he said, he would write about the man. That is what he did, flaws and all. There is much in those volumes that comes from daily life, and Johnson is still a great man.

My point is that we often think, “If I do something really special — like write A Dictionary of the English Language — then people will remember me.”

No, they won’t. They may remember that you wrote that dictionary, but they won’t remember you, the person.

Boswell wanted to make sure people knew his friend, so in his preface he wrote: “He will be seen as he really was; for I profess to write… his Life; which, great and good as he was, must not be supposed to be entirely perfect… in every picture there should be shade as well as light.”

How would he do that? By recording Johnson’s conversations.

Now we can write Life of You. All we have to do is record your conversations and put them in a book. 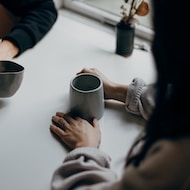 If that causes you to pause and think about a conversation you might rather not have published, I get it. A lot of politicians and celebrities would agree with you.

But Boswell was correct when he said that “the conversation of a celebrated man will best display his character.”

He went on to write that “men’s virtues and vices may be best discerned” not in distinguished achievements. “Very often an action of small note, a short saying, or a jest, shall distinguish a person’s real character more than the greatest sieges, or the most important battles.”

Too many times we look at our lives and say, “I haven’t accomplished anything great.” Maybe not, but have you had a conversation? If so, then you can be known.

We think we’ve fallen short because we have not won some award or become famous. On the other hand, if you have done something “of small note” that made a difference in someone else’s life you have achieved a great deal.

Has your sense of humor been uplifting and not demeaning? Have you said a kind word to another person and meant it?

Someday, perhaps, one of those people will write a synopsis of your life in a form called a eulogy. It is also possible that a few words might be written about you on a tombstone.

No matter the form, let your life and your conversation be recorded thus:

This was a life of good.