Like many of you, I have friends and family in Florida.

Even if you don’t, you’ve probably been watching the power and destruction of Hurricane Ian. Everyone knew it was coming, but there was always hope that it would move, weaken, or — miraculously — just go away.

That wasn’t the case. It wreaked havoc in Florida, moved into the Atlantic as a Tropical Storm, became a hurricane again and is threatening South Carolina.

Millions of people in Florida are without power, but that is a relatively small worry. A friend told me this morning that friends of his who live in Fort Myers reported that entire sections of the city are no more. That included their home and all of their belongings. 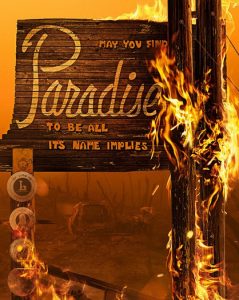 I told him I watched a National Geographic documentary a few days ago titled Rebuilding Paradise, about the town of that name in California that was almost completely destroyed in less than one day in 2018 by the Camp Fire. At least 85 people died. The death toll in Florida is still unknown.

There is another kind of disaster extant in the world today, and it has the possibility of causing the most destruction and taking the most lives. We call it “war.”

What connected those dots for me was an article about some people in Florida chartering private jets to escape the storm. Commercial airlines had stopped operating, so those who could afford it chartered flights out.

Mankind’s part in it all

The number of people fleeing Russia in light of Putin’s “call up” of more troops is huge.

One charter flight company in Russia said they normally get about 50 passengers per day, mostly going to Europe, but are now getting more than 5,000 requests per day. They are now renting commercial planes in order to accommodate the demand but still can’t meet it.

When storms come, people leave. While the wealthy have the means to evacuate in multiple ways, more than 100,000 have left Russia, many on foot.

There is general agreement that man is the cause of the “storms” in Russia — and certainly in Ukraine. Primarily one man, Vladimir Putin, supported by several of his faithful followers.

The Camp Fire was not started by a “camp fire” as one might infer. It was named after Camp Creek Road, where it began.

It was the deadliest and most destructive wildfire in California’s history, and it was the costliest natural disaster in the world in 2018.

This disaster, too, was the fault of people. Some of those people took the form of a company called Pacific Gas & Electric (PG&E). But there were other factors, including a terrible drought, an unusual and unusually strong wind, and the failure of other people to keep the undergrowth in the forests cleared.

Bent on our own destruction — and help

As for Hurricane Ian, some are implying that people are to blame for it as well. Climate change, they say, taking the opportunity to throw a little guilt into the mix. I’m not buying it. 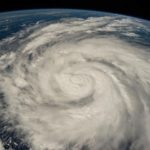 Certainly we are our own worst enemies in many ways. The faulty transmission line that sparked the Camp Fire should have been fixed. PG&E should have shut down all power in the area, as they said they would days before the fire, due to ultra-high fire conditions. Vladimir Putin shouldn’t be a megalomaniac, and others shouldn’t follow him.

We most certainly cause plenty of trouble, death and destruction.

But we also do a lot of good, even in the face of terrible storms. Sometimes we even do more when times are especially hard.

I saw a little video on Twitter the evening Ian hit Florida. The caption was “My boyfriend saving a cat from flood waters near Bonita Beach.” And sure enough that’s what it was. A young man wading through knee-deep water rushing around a house, climbing up on a box, and picking up a cat that was clearly scared and had no place to go. It was sweet.

The Rebuilding Paradise documentary film showed dozens of acts of kindness, not just in the time of the firestorm but in the aftermath.

Emergency services people in Florida risked their own lives to get others to safety, but so did ordinary citizens.

People from all over the world are helping in Ukraine, and hundreds of families in Poland and other countries are housing families from Ukraine until they can go home again.

A way of escape

If devastating wind or fire or war is coming your way, escape is an option that should be considered.

But if you are caught in a storm (firestorm, windstorm, the storm of war, or something else) and unable to leave, consider it an opportunity to do good. You can do that by helping others “escape” even just a little, like that young man did for the cat.

A few weeks ago an Amazon delivery driver saw that a house was on fire, and he could see people inside. Where they were in the house they couldn’t see the fire, though they had noticed the smoke.

He ran inside, alerted the people and got them out. After helping them, he ran back in and rescued a pet.

When it was finished he said, “I’m just glad I did something.”

If you keep your eyes open over the next few days and weeks, you may find some stories of heroism followed the path of Ian’s destruction.

But for sure you will find stories of people doing good for others. People doing something. That’s good.

If you have stories to share from Ian or other storms, please post them in the comments section below.