If you’re in the U.S. you may have already voted in the midterm elections, so perhaps I should have written this a month ago. But, in spite of doomsday messages from both major parties, there will be future elections.

Whether you are voting now or in the future, I’m here for you.

Recently I wrote about “voting against.” None of that is new, even in the United States. Way back in 1796 the president of Yale University, a John Adams supporter, suggested that if Thomas Jefferson were to become president, “We would see our wives and daughters the victims of legal prostitution.”

Rick Ungar wrote about all that for Forbes magazine in 2012. He noted that “an influential journalist of the time wrote that Adams was a rageful, lying, warmongering fellow; a ‘repulsive pedant’ and ‘gross hypocrite’ who ‘behaved neither like a man nor like a woman but instead possessed a hideous hermaphroditical character.'”

The issues are different today, but the intent is the same: create fear.

A couple of days ago President Biden addressed the nation. Observers said it was more of a political speech, and I tend to agree for one reason: much of his message was about why Americans should fear a Republican victory.

Candidates on both sides try to push our fear buttons all the time. Would that someone would appeal to our minds and not just our emotions.

John Adams won the presidency of the United States in the election of 1796 and, because it was the law at the time, Thomas Jefferson became vice president.

In the election four years later Jefferson became president and Aaron Burr (!) became vice president. But only because they changed that “second place gets to be vice president” law.

You may have noticed that we did not go to war during Adams’ presidency, and prostitution did not become legal during Jefferson’s. The fearmongering was just that.

Though estranged for many years because of politics, Adams and Jefferson eventually reconciled and became friends again. You may know these two founding fathers died on the same day — July 4, 1826, America’s 50th birthday.

There is so much more we can learn from those early political battles, but our purpose here is to think about how to decide how to vote now.

That you will vote (if you are eligible) is something I assume. Many people don’t, and that’s too bad. It could be that the silver lining of all this division is more people voting. In 2020, 2/3 of eligible voters cast a vote in the presidential election. That was a new record.

Perhaps 1/3 of the people don’t think their vote counts or, more cynically, that it doesn’t matter. It does.

Our form of government, a democratic republic, actually depends on people voting. (America is not a simple democracy, but you probably knew that.)

We aren’t voting for president this time. Federally we are voting for some senators and some house members. State and local elections include some governors, some state legislators, and other officials. We are also voting on propositions and judges in some places.

You have likely received all kinds of ads for candidates, along with appeals for money.

It is estimated that the collective campaigns across the country will approach almost $10 billion dollars when all is said and done. It may be more than was spent in the 2016 presidential election.

My first bit of advice on how to decide how to vote is to pray about it. 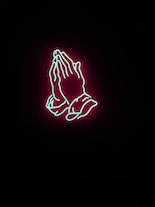 So far I don’t know of a single campaign or candidate that is asking for your prayers, though there may be some. All of them are asking for your money, your influence, and your vote.

Why pray? The Bible says (Romans 13 if you want to look it up) that all authority comes from God, and those in authority have been placed there by God.

That’s a difficult concept for a lot of people, even people who believe God is in control. Trust me when I tell you that God doesn’t always see things the way I do, and his ways are always better than my ways.

What we can do, if we believe that God is really making the choice, is pray that God places people in authority who will do good. We can also pray for God’s guidance in our choices.

As I was writing all this I received a note from a good friend in Singapore. It said:

Are you worried about the election? Have a conversation with God about it.

Observe the character of the candidates. Are they people of integrity? Humility? Honesty? Morality?

Rate them based on those four and see how they do. Character is critical.

Many times you can determine something about a candidate’s character by their position on issues and (this is big) why they hold that position. If their only reason for support is that it’s popular, be skeptical.

Naturally my advice for knowing how to decide boils down to two words: do good.

Party lines are a weak guide, though many use them. This election use something more powerful, even if it means your vote surprises you: look for character, but most of all pray.

Do good. Decide wisely, then vote.