Their importance in our lives shrinks over time, however, for two reasons. 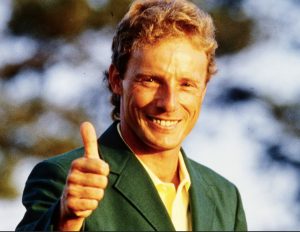 The first is that they are champions (Yea!), but only for a single year (sigh). Every thinking adult knows a year is a very short period of time. Older adults know even better just how short a year is.

The second reason is that very few people are directly impacted by the victory.

But what a big deal they were at the time!

When it comes to Major League Baseball and the National Football League, a lot of money can be spent trying to win a world championship. I’m talking hundreds of millions of dollars.

That pales in comparison to the amount spent on elections, and in fact this year’s midterms have set a new record.

Bloomberg reports that a total of $16.7 billion will have been spent before all is said and done.

Just to put that in perspective, the .7 in that number represents 700 million dollars.

All of that money, theoretically at least, was donated by people who think the results in this midterm are important. Of course that money is spread between hundreds of candidates representing multiple political parties.

Some donors want certain candidates to win and might send a few dollars along to support them. Other donors have deeper pockets and bigger objectives and send in millions of dollars, often focused on one party and spread amongst several high profile candidates.

At the most altruistic level candidates don’t want to win a trophy, they want to win a position of leadership and representation. They want to influence policy and make their town, city, county, state or country a better place.

At the least altruistic they want power and prestige. If they want influence, it is for their own gain.

I always hope to vote for those who are in the first category and no one who is in the second category.

Most people, according to polls I’ve seen, are skeptical about government. Approval ratings for politicians, from the president on down, are low. Congress currently has a 21% approval rating, according to Statista, which is just 2% lower than the high number over the last year. The low was 16%.

But most who serve in Congress pay little attention to such numbers. The only popularity contest they worry about comes at election time, and then they typically only have to beat one person. Maybe a few if they’re in a primary, which incumbents rarely are.

Disapprove all you like, but only votes actually count.

This reminds me of a famous line, often credited to de Toqueville or Hamilton or Lincoln. It was actually written by Joseph de Maistre, and it says, “In a democracy people get the leaders they deserve.”

Assuming he is correct, and assuming the people don’t approve of their leaders, what does that say about the people?

We may be skeptics, but we are easily swayed.

We get the leaders we deserve because we vote with emotions rather than reason, because we listen to one side and not the other, and because we care more about the moment than we do about the future.

Not a single one of those behaviors could be categorized as doing good.

More than we deserve

Not only do we fail to consider the future in our decisions, we almost totally ignore the past.

Since “there is nothing new under the sun,” we might want to look back for our own understanding. Even looking back just a few decades would do the trick, but we could also look back centuries or even millennia.

We can see in other countries, other civilizations, other peoples, that moral leadership matters. In some cases the people didn’t really have a choice about who their leaders were. In a democracy we do.

Vladimir Putin was not elected through a free democratic vote. He is for all intents and purposes a dictator, and he is not a moral man. He cares deeply about Russia and would love to see his country dominate much of the world as it once did. He’s willing to do that through any means, including taking over other countries by force.

In America we have had presidents that were extraordinary and some that were weak, especially by comparison. The best had great moral courage, but even the weakest had their moments.

In a word, America has been blessed with great leaders. But if de Maistre was correct, a decline in national morality is likely to lead to a decline in the character and quality of our leaders.

I’m writing all of this before the full results of the midterm elections are known.

As I wrote last week, the results are really God’s business. Yes, we vote — and I hope you did — but God makes the final decision.

Will we, based on our own divisiveness and our own selfishness, get what we deserve? Perhaps we will. We will see when we can examine the results of the results.

A town that did good in a time of evil