I don’t remember exactly what had happened, but one day a few years ago I said to myself, “I’m thankful for the ACLU.”

Then I thought, “That was weird.”

In all the years that I had known about the ACLU I had never been consciously thankful for that organization.

Founded in 1920, the purpose of the American Civil Liberties Union was “to defend and preserve the individual rights and liberties guaranteed to every person in this country by the Constitution and laws of the United States.” 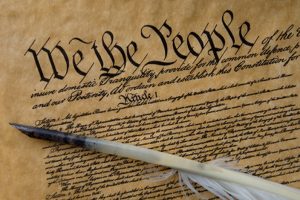 There have been many times in history when individual rights have been violated for all kinds of bad reasons. Most of those have something to do with power, it seems to me, because power is a terribly corrupting asset.

The Constitutional Convention was opened in May 25, 1787, but the Constitution of the United States of America was not fully ratified until May 29, 1790.

Along the way a number of changes were made. One of the most significant was the addition of what we now know as the Bill of Rights. The goal of the first 10 Amendments to the Constitution was basically to protect individuals from the power of the federal government.

From its beginning the ACLU offered legal help to individuals whose rights had been infringed.

What is not good is that the ACLU has consistently moved in a direction that always elevates individuals over the government (which has its own rights and duties) and individuals over individuals. They have, in many ways, become the kind of power they intended to protect others from.

But this is a message of thanksgiving, and I’m glad there are those who stand up for people who have been pushed down. ACLU, ACLJ, and Alliance Defending Freedom all do that, and I’m thankful when they do so altruistically.

Cancer – Every person I know has been impacted by cancer in some way, including me, but I use it here as a representative of all kinds of illness, not just cancer itself.

Why be thankful for a deadly disease? Because illness helps teach us two things: life is precious; faith is stronger than cancer.

I lost two immediate family members to “the big C,” and it came after me as well. The important outcome of all of that was that “the big C” is tiny compared to Christ, who is the actual big C.

No illness is fun or desirable in and of itself. Illnesses are not to be pursued. But they are not the be-all and end-all of life, because life goes on even after death.

I used to hate illnesses, and I especially hated cancer. We still aren’t friends, but I now know that an opponent like that, even if it eventually kills you, can help you focus on what lasts. 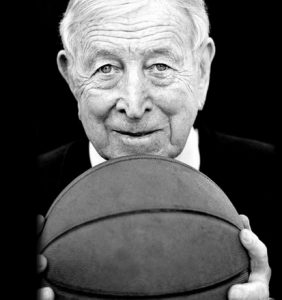 Several friends who are readers of the newsletter pointed out that mistake to me, and I appreciated it.

As humans we can be pretty full of ourselves because we get many things right. When we do we often get compliments or praise or even awards.

Those things cause us to think perhaps more highly of ourselves than we should, and enough of that leads to pride. Pride may well be the worst of all sins because it opens us to so many more sins. That makes me thankful for mistakes.

God’s cooking – As a boy and later as a young man, I watched God cook up the unthinkable. First he removed a very important ingredient from the recipe that was my father’s life. 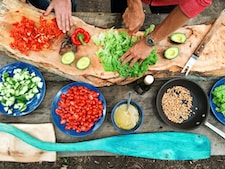 It affected my life, too, but it wasn’t about me. Not many years later he removed another important ingredient from the same dish. “What is going on?” I wondered.

And then, at just the right time, God added a new ingredient. There were critics among the judges who said the cook had it all wrong and should have stuck with the original recipe.

But as the ingredients came together, it was clear that God had it exactly right.

Even the initial ingredients left something of themselves behind — enough of a taste that they were still there, still making a difference.

And the new ingredient added not only its own flavor, but something more that was missing from dad’s recipe. The result was a meal that was truly delicious.

As time goes on in my life I begin to think Thanksgiving should be a two day holiday. It would take me that long to think about all of the things I’m thankful for.

I’ve always been thankful for family, for friends, for people that God has added to the recipe of my life. And I’ve long been thankful to God for the thousand ways he has provided for me, cared for me, corrected me, and loved me.

I understand some of those gifts better now than when I first got them. For instance I’m thankful for golf, but not in the way I once thought I would be.

I’m thankful for words, though they are a gift I didn’t always see or use.

For much of my life I was thankful for Jesus, and I still am. But my thankfulness there has expanded from a single point to a kaleidoscope of wonder and light.

I hope you had an amazing Thanksgiving day, and that you were with people you love. I hope you said out loud from your heart that you were thankful to God for his blessings.

May your thanks never end, but may they grow and expand into every part of your being. May they fill your mind with joy and turn your face into a beautiful smile.

Always be thankful. It’s a great way to do good.

And just so you know, I’m thankful for you.

The Man I Seek To Be