“Don’t look back,” said Satchel Paige. “Something might be gaining on you.”

That seems like pretty good advice from the same wise man who said, “How old would you be if you didn’t know how old you are?”

In spite of his recommendation, at the end of every year there are those who insist on looking back.

Recently I have been asked to look back at

I will not be looking back, though (OK, I peeked at the book sale list), because

Hindsight may be 20/20, but it can hinder as much as help. Especially if you dwell there, either on good or bad, and therefore fail to look elsewhere.

Are New Year’s Resolutions still big? I haven’t seen as many of those lists in recent years, although I know they are still bravely made and poorly kept. 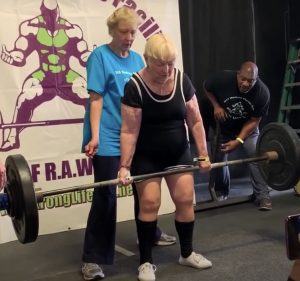 A friend from England told me his fitness club brings in extra equipment on the first of every year, then takes it out in March.

Cynics, I say, but apparently the population hasn’t proven them wrong so maybe they’re realists. Maybe we all are, to some degree, which is why fewer people are even bothering to make resolutions.

Personally I like the idea of resolutions, and so did Ben Franklin.

Influenced strongly by Cotton Mather’s Essays To Do Good, Franklin decided to pursue moral perfection. As you can imagine, that was a difficult pursuit.

One of the virtues he wanted to perfect was what he called “resolution.” In his autobiography he said resolution was to “Resolve to perform what you ought. Perform without fail what you resolve.”

So he resolved to be more humble, more just, and more virtuous in other ways. Now those are New Year’s Resolutions we can get behind.

The idea of looking forward is even Biblical, although perhaps not in the way many people think of it. Heaven is what a lot of folks are looking forward to, but most of them are not resolving to get there in 2023.

There is a line in a letter from Paul to the church in Philippi where he says “I press on toward the goal.” His goal is growth, an every day process.

And by the way, he also says, “Forgetting what is behind and reaching forward to what is ahead….”

Nothing is slowing him down, and nothing should slow us down as we strive toward the goal of more and more good.

Here’s a great “do good” story about looking around. My young friend John is a salesman for a software company and is highly regarded there, as he is by his customers. He did such a good job last year that he was one of the employees selected for an annual trip. His company calls it The President’s Club, and it is a high honor.

During the year a new vice president joined the company, but he wasn’t there long enough to earn the annual award. Still, John noticed that this fellow contributed a great deal to the company.

So John went to his boss, and to his boss’s boss, and lobbied for the new guy to be added to The President’s Club. The new guy didn’t know it, this was just John looking around, being aware, and doing something good.

Happy ending: the powers that be agreed and made an exception.

How aware are you of the people around you, whether you work with them or they are your neighbor or a member of your social circle?

Most of us, especially at work, have our heads down and our eyes on the prize. If we get it, that’s all that matters.

Here’s a little exercise for you to aid your awareness. For ten minutes on a nice day, sit on a bench or at a table in a public place and just notice the people around you. See them as people, which they are. Do they walk with confidence? Are they happy? Are they harried? Be aware. Pray for one or two of them if you think of it.

If you’re going to make resolutions, let this be one of them: I will be more aware of the people around me, wherever I go.

Psychologically we find this particular new day liberating. It has been a year of new days, and we still have more time to grow and do good. We are measuring the race and find that we have just completed a large part of it. Now we have that clean slate, and we can write a marvelous story in the coming year.

Perhaps we should glance back every evening and look forward every morning, and certainly we should look around (be more aware) every day. The year, after all, will be made of those days.

So let us, like our friend Mr. Franklin, resolve daily to “perform what we ought.”

He found that his own life was better in almost every way when he made the effort to do good. Yours will be too.