Some phrases rise up and then endure. Most fade. One that had some legs is, “If it feels good, do it.”

That entered the popular lexicon in the 60’s. People thought of it as the motto of the hippies, who applied it to all kinds of things, including recreational drug use. 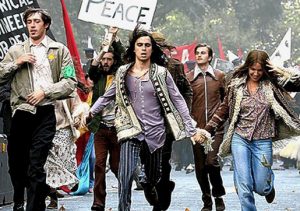 The hippies weren’t the first at that, but they were willing to talk about it. Others had been less public, but Sherlock Holmes (a fictional character) was not alone in turning to cocaine to escape boredom. Movie stars, mayors, and just regular folks joined him.

People bought into the “if it feels good” mantra, and over a fairly short period of time, something very interesting happened.

If it feels good, do it moved from its place as a motto to being a philosophy for decision making. It went from servant to master, and today it lies at the base of all kinds of very bad things.

Recently I was teaching a class on leadership to some student athletes at Grand Canyon University. In our last session together I shared some timeless truths with them. One of those: there is nothing new under the sun.

I would name something they think is new, then I would give them an “old” version of it.

In a moment of inspiration I said to the class, “You may have virtual reality today, but when I was your age we had LSD.”

Everyone laughed — some a little nervously it seemed — but they all got it.

One very “not new” thing is the untrustworthiness of feelings, because younger people in general make more decisions based on feelings than on experience.

As Mortimer J. Adler once wrote eloquently about his own mental growth from the age of 21 to the age of 96:

“It is not that I have grown more intelligent, but that my capacity for understanding has deepened a little because of the intervening experience.”

Both activist groups and political operatives are quite aware of the propensity of young people to operate on feelings.

The last time I remember seeing as many adults (people with life experience) as young people participating in activism, Martin Luther King Jr. was leading the march.

So activists and operatives recruit on college campuses, where the ground is fertile.

If you have a “cause” you want to promote, the easiest allies you can rally to it are under 25 years old. It doesn’t even have to be a cause, it can be a business. To explain what I mean, here is an experience of mine.

There is a trade association for the fitness club industry called IHRSA. Back in my day it was just IRSA, but even then it was the premier association for fitness and racquet clubs.

I was in the audience for a panel discussion among five leading club owners about the future of the industry. All were men, and four were wearing sport coats and power ties. Their clubs (I was a GM for one of them) were high end, expensive, and had low turnover in members.

The fifth man wore an embroidered silk jacket, gold chains, and a shirt unbuttoned to his chest.

The contrast was striking, and so was his business philosophy.

When asked about member retention he said, “We don’t care if they stay, as long as they sign up. In fact if they don’t come to the club but pay their monthly fee, we like it. Most stay at least 9 months before they quit.”

Someone asked if they were worried about depleting the market. He said, “No. Another fat girl turns 18 every day.”

There is still part of the fitness industry that “churns” both money and members, and they rely on people operating on feelings.

A prospect is made to feel insecure or inadequate through ads. They sign up at a low cost but with automatic monthly dues (with annual automatic renewal). After a while they feel like this whole fitness thing is too hard, so they stop using the club.

They keep paying, though, because they feel like they may come back someday. Besides, it feels good to be a member of a club, especially when you get asked about that in a crowd. 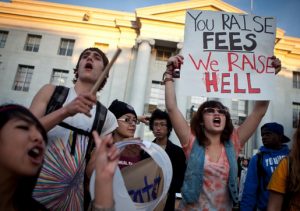 Activists and political operatives have that same approach: bring in the young people by appealing to feelings, get them to invest something, and replace them when they grow out of it.

The result is that young people are being used for the purposes of the organizers. They are made to “feel” something and told that feeling and believing are the same.

I’m not opposed to a fitness club marketing itself to the 18 year-olds who wish they were in better shape. Their product is healthy, even if the club owners are cynical.

I am deeply opposed to adult activists persuading young people “if it feels good, do it.” That is a serious problem.

You may be surprised to learn that raising the minimum wage does not do good for the economy. It does feel good to raise it, but it prices a lot of people who need jobs out of the market.

Does it feel good to allow 16 year-olds to vote in local and state elections? Perhaps for the 16 year-olds. Does it do good? I can’t imagine how, because I can imagine how they’d be taken advantage of.

Does it do good for businesses to follow ESG (environmental, social, governance) guidelines in their business? No. Does it feel good? Sure.

The list of “feels good but doesn’t do good” is very long.

The bottom line is simple

Doing good feels good almost every time. But the doing has to lead, and the feeling has to follow.